Well after about two months of pretty much solidly playing What A Tanker! my gaming group has  returned to an old favourite of ours, Dragon Rampant by Daniel Mersey.  Whilst I was I was really rusty on the rules, a quick speed read through them and the latest version of our club House Rules (link) quickly refreshed me.

I dusted off my Orcs and here are a few pictures of them in action.  The opposition (last picture, far side of the table) had a Hydra with mystical armour that just would not die, so a defeat for my Orcs, but an entertaining game nonetheless :) 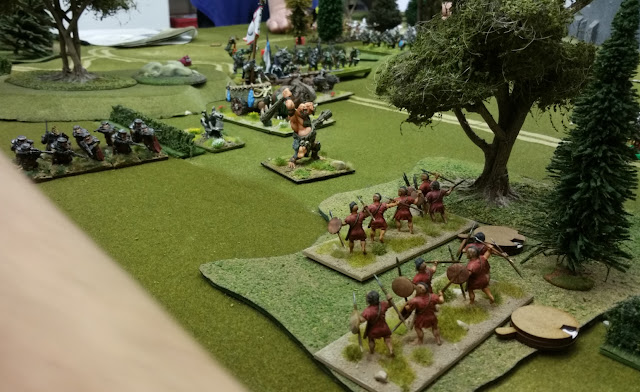 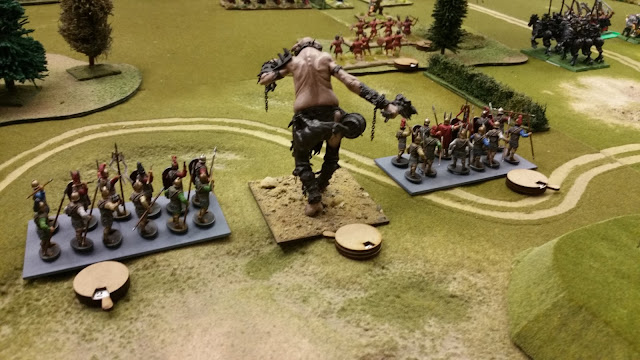 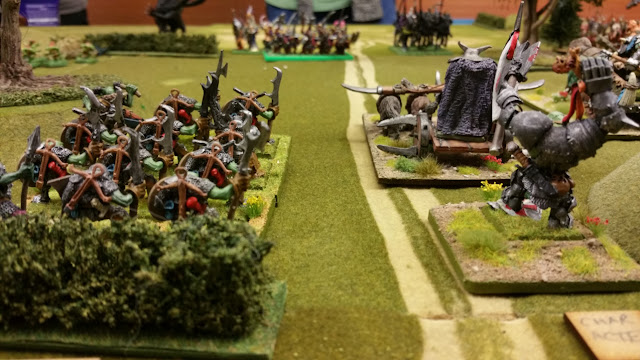 There is a King Tiger being restored in Switzerland.  They obtained it in 2006 and have been posting videos (12 thus far) from time to time showing how they are progressing.

They make fascinating viewing are are recommended viewing for any WW2 tank enthusiast :)
-

-
Annoyingly the video link is now dead, but the tank has its own web site, which I would encourage you to visit :)

http://www.koenigstiger.ch/english/story.html
-
Posted by Vulture at 15:23 2 comments:

WHAT A TANKER! - Puma Outing

Had a fun game the club on Thursday.  Myself, Andy B and Simon A as the clean living Axis players took on John E and Theo as the Soviet peasants.

Fighting over our usual 8' x 6' we had a reasonable amount of manoeuvre room for our 20mm / 1/72nd vehicles.

On the Axis side we decided to that the Panther and Tiger would concentrate on the ISU 152 whilst I tied up the SU100 and KV with my superior speed.   This cunning plan almost went badly wrong very early on the ISU152 spotted me in the open and successfully lobbed a huge shell my way.  Lucky rolling on my part meant I only took two damage which I was able to recover straight away with one of my cards.

I then powered into the town and with some good die rolling surprised the KV with a shot into its rear.  Annoying, due to its heavy armour (and bad rolling on my part) the round only lost the KV one command die.  He successfully reversed and firing back hit me the turret causing two permanent damage and damaging my optics (+1 to hit).

Meanwhile the Panther and Tiger and had been skirmishing with the ISU and shells were bouncing off all over the place.

Down to 4 command dice now and at the back of the gaming table I came round behind the ISU and with some good rolling banged a round into its flank knocking it out.  As it was almost midnight we ended what had a fun game at that point.

For those interested, the stats I used for the Puma were: 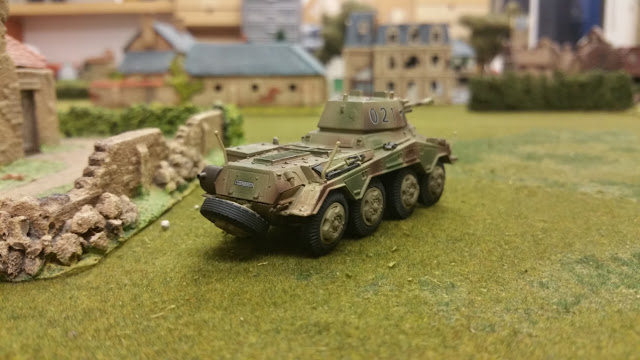 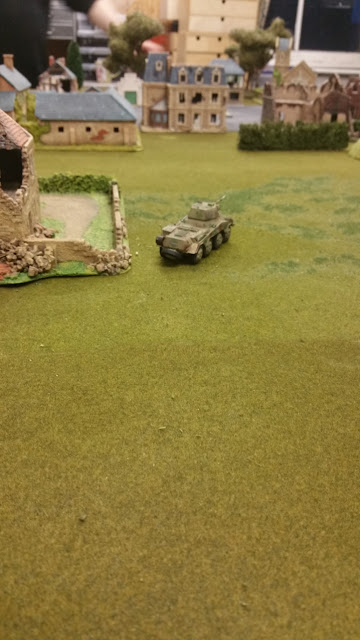 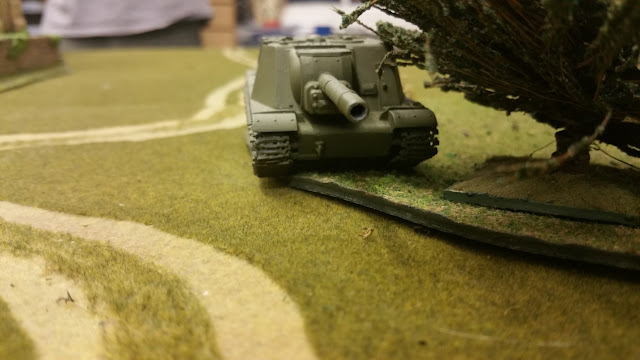 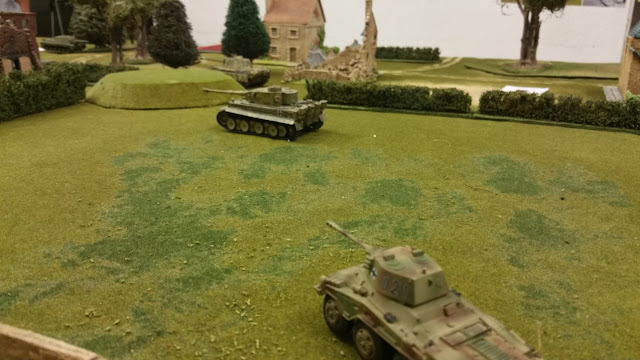 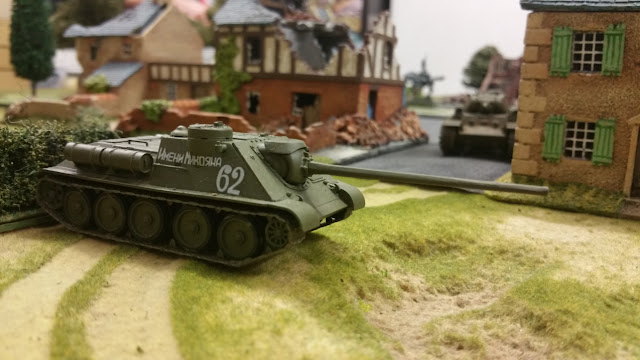 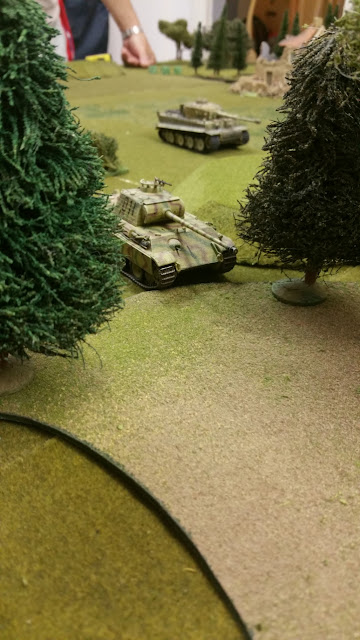 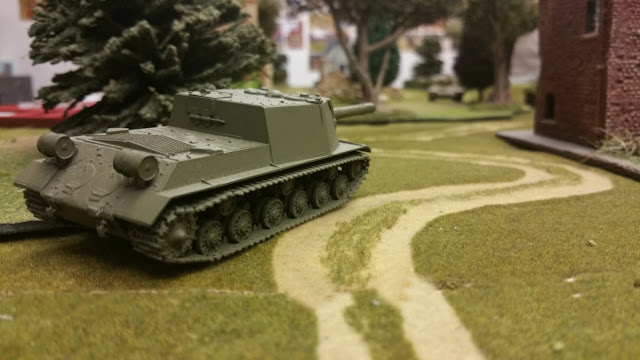 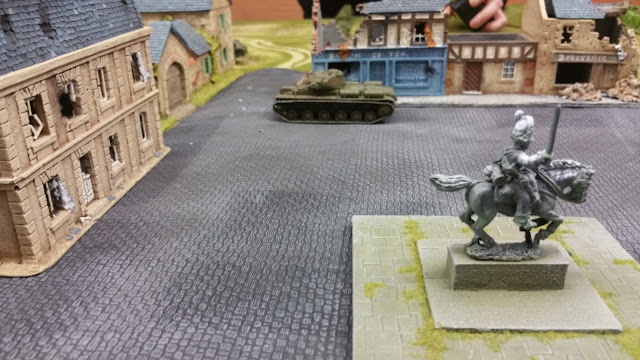 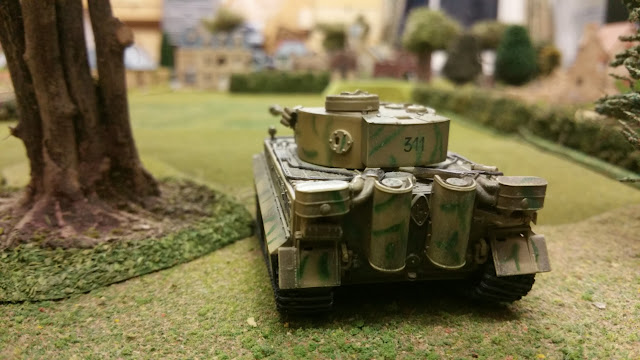