WHAT A TANKER! - LADDER TOURNAMENT

Having finished a campaign based on the one in the WaT rule book at my club I've suggested to my gaming crowd at the Harrogate Wargames Club (HWC) we try a ladder tournament.  The advantage of this structure is that:
a)  Players get to try out a large variety of tanks,
b)  The tournament is time-bounded.
c)  Kill rings are not awarded, so failure is not reinforced.
d)  Its easily adaptable for different lengths and periods.

3.            The winner is the player at the end who has the most kills.  In the case of a draw result, then a 14th game is to be played by the respective players to determine the final winner.

5.            After each game the number of points available to each player increases as per the following ladder.

6.            Players may select a tank with less points than they have available and randomly draw cards from the tanker deck to compensate.
·         Example. In game 5, John selected to play with a Sherman Firefly, a 14 point tank.  He liked the tank so much that his next game (game 6) he opted to keep it and draw a Tank Deck card.  He kept also the same type of tank for Game 7, and so drew 2 cards.

8.            Players are free to change nationality from game to game, so for example there is no requirement for a player who started in a Panzer III to always have to fight in an Axis tank.

12.          The terrain can be set-up to play however the players sort between themselves.

14.          The 12” spacing between players on set-up, does not apply in this tournament;  i.e. in a multiplayer game tanks may come on within inches of each other (as if they were a Platoon).

15.          If there are multiple players in the tournament, it may not possible for everyone to play together in each round.  In those circumstances, those players missing need to play catch up games.  It is for those players to sort out at which level they are playing, some flexibility needing to be shown by players.  It doesn’t necessarily matter if each player doesn’t get to play at each level as long as everyone gets to play the same number of games overall.

16.          In multi-player games if one side loses half the number of tanks they started with, they have the option as per the normal WaT rules to immediately stop the game and withdraw.  However, if they choose not to do so at that time, they must remain in the game until either:
a)            They all get destroyed, or
b)            They destroy all the opposition, or
c)            The opposition exercise their option to withdraw (assuming they haven’t already foregone it). 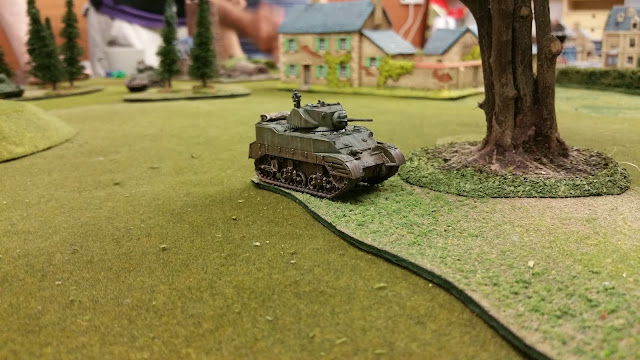 A came across this site called 'The Sherman Tank Site'.  For the tank-heads out there, there is a lot to enjoy in the articles on there, well worth a look.  I especially found this article on Fire Control of interest.
-

These last 5 weeks we've been playing What A Tanker! (WaT) at the club.  Thus far I've had a PIIIM destroyed along with its crew.  I then fought with a Marder IIIM, switched to StugIIF, then switched again into a PII Aust L 'Lynx'.  Sadly it got destroyed by a an M10 along with the crew, but I liked using the vehicle, so I came back into the campaign with another one and a new crew.  In 20mm scale they are quite a rare model, so I've ended up buying a resin Milicast resin one (not cheap).  It arrived yesterday (very quick service) and I'm assembling it this weekend. 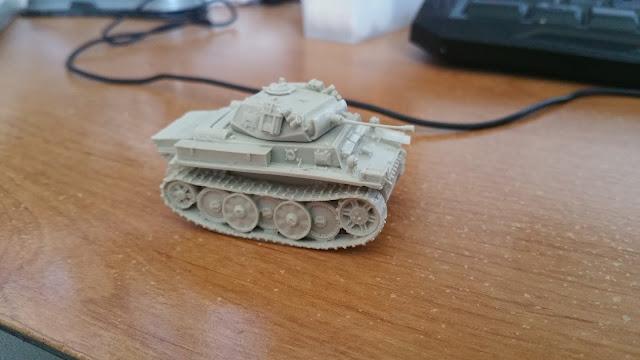 Here's a great video I found of a restored one :)
-