This is quite amausing article about the proverbal 'six pack'. Worth a read and a chuckle. Link
-
Posted by Vulture at 08:48 No comments:

Just seen the news that Ridley Scott is to make a 3D Alien prequel film !!! Awesome ! BBC News Link.
-
Posted by Vulture at 18:05 No comments:

War Of The Roses Campaign

A friend of mine from the Huntingdon club has invited me to join in a short War of The Roses campaign he's going to run. It sounds like fun, and although (like any true wargamer) I have a mountain of unpainted figures, I've just gone and invested in a bunch more. To be precise I've just bought four boxes of Perry Plastics for £55 from a company called Warlord Games. Given that each box contains 40 figures, that's 120 men ! Now that's what I call good value for money.
-
Posted by Vulture at 23:41 No comments:

Check this intersting site out all about the 'Military Vehicle Technology Foundation'. They have links to some interesting vids on U-Tube, including this one about the restored 'Jacques Littlefield' Panther. Link
-
Posted by Vulture at 23:45 No comments:

This is quite an interesting article about six huge anti-aircraft towers scattered through Vienna, a grim reminder of the city's Nazi past. Link to BBC
-
Posted by Vulture at 18:42 1 comment:

A London lawyer and a Yorkshireman are sitting next to each other on a long flight to Leeds.

The lawyer is thinking that Yorkshire men are all 'cloth cap and clogs' and that he can fool them easily...

So the lawyer asks if the Yorkshireman would like to play a fun game.

The Yorkshireman is tired and just wants to take a nap, so he politely declines and tries to catch a few winks. The lawyer persists and says that the game is a lot of fun.

As may be expected, this catches the Yorkshireman's attention and to keep the lawyer quiet, he agrees to play the game.

The lawyer asks the first question. 'What's the distance from the Earth to the moon?'

The Yorkshireman doesn't say a word, reaches in his pocket, pulls out a five-pound note, and hands it to the lawyer.

Now, it's the Yorkshireman's turn.

He asks the lawyer, 'What goes up a hill with three legs, and comes down with four?'

The lawyer uses his laptop, searches all the references he knows. He uses the air-phone; he searches the Net and even the British Library. He sends e-mails to all the smart friends he knows, all to no avail. After over an hour of searching, he finally gives up.

The lawyer is going crazy not knowing the answer. He wakes the Yorkshireman up and asks, 'Well! What goes up a hill with three legs and comes down with four?'

The Yorkshireman says "Buggered if I know!",reaches in his pocket, hands the lawyer £5 and goes back to sleep.

Don't mess with Yorkshiremen; we only talk different.
Posted by Vulture at 20:00 No comments: 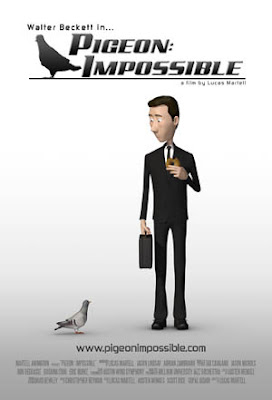 My brother sent me this link to an outstanding little video on U-Tube. The story line is that a rookie secret agent is faced with a problem seldom covered in basic training: what to do when a curious pigeon gets trapped inside your multi-million dollar, government-issued nuclear briefcase. Link
Posted by Vulture at 10:43 No comments:

Last week an old friend of mine (Steve) was having a clear out, and very kindly passed over to me around 50 1/300th buildings that he thought my son and I might like to add to our collection. This was a great excuse to dig out some other terrain and a bunch of vehicles.
-

-
My (7 year old son) who was in charge of proceedings laid the table out, and picked the force mix, which as you may have spotted was modern South African and Swedish taking on WW2 Germans !
-

-
In the following game (using his rules) the Germans (played by myself) were throughly routed ! LOL :)
-

You can't beat a low fast pass by a Jet aircraft ! This is a link to a great compilation video on Military.com :)
Posted by Vulture at 22:56 No comments:

Was the great Florentine artist and scientist who painted the Last Supper, designed the legendary Sforza horse and did the first great studies of human anatomy also a sinister military genius whose inventions caused horrible deaths in the wars of sixteenth century Europe? Read this article on the BBC News Today site to find out more. Link
-
Posted by Vulture at 20:07 No comments:

Battletech At The Harrogate Club

My father-in-law sadly passed away two weeks ago, and the Vulture household has been in a state of turmoil since then. Up north in Harrogate for the funeral last week, there was little opportunity or inclination to do any gaming. That said, on the Thursday evening I dropped into the Harrogate Club and met up with three old friends who had rather than playing their normal fare of Flames Of War (that I'm not very familiar with) had organised a 4 Mech aside 3025 era Battletech bash. Teamed up with Theo, I had a Shadowhawk and a Quickdraw, he had an Atlas and Assassin. Our opponents John and Chris has two Crusaders, a Thunderbolt and an Ostrock.
- 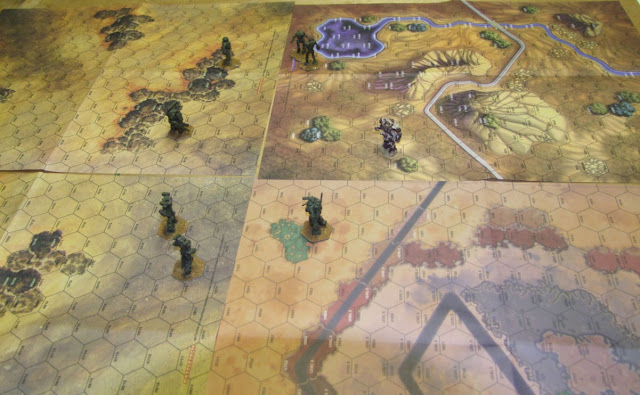 -
I used to play a huge amount of Battletech, although I've only had about 2 proper games in the last seven years. I was initially a little rusty on the rules, however it soon came flooding back, and I barely had to refer to the QR sheet.
- 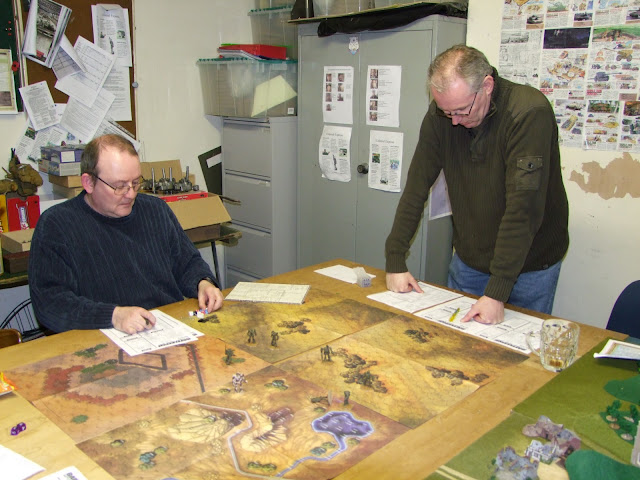 -
In what was an entertain little battle, we eventually ran out of time, having lost two mechs per side, the game to continue next week. There is no doubt Battletech although now quite an old game system, is still a very elegant one, and perfectly suited to playing on a club night. As an aside, my opinion of Shadowhawks hasn't changed after that game. They are still a under-weaponed piece of junk ! :)
- 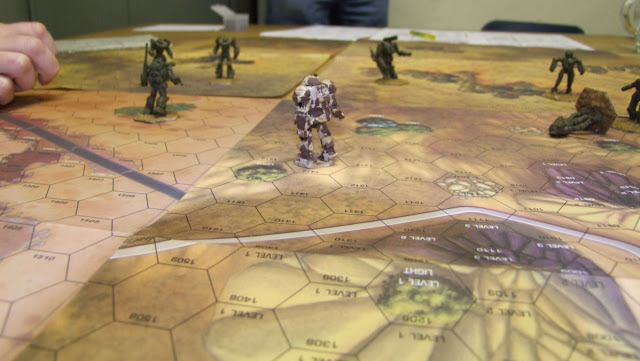