Conker Soldier Battles !!
On getting home from work today I found that my wife and son had been painting up a bunch of conkers for an unconventional battle tonight ! My son has a small army of silver sprayed ones (conker droids) that were to attack my small army of local misfits conkers. Apparently his had guns and stuff where as mine could only engage in close combat !! Suffice to say my misfits didn't do very well ! LOL !
Posted by Vulture at 19:58 No comments:

I remember watching the original series when I was a kid, being completely glued to the TV with my father. The opening sequence although looking dated now is still a classic.
-

In pictures: Arnhem Commemoration
This is a link to a small picture show commemerating Arnhem.
-
Biggest Viking find for 150 years
The biggest find of Viking treasures for 150 years is to go on display in York, then at the British Museum in London. The items, including jewellery, coins and everyday household objects, were discovered in the Vale of York two years ago. Link
-
Posted by Vulture at 22:21 No comments:

For fans of the set of rules called Warhammer Ancient Battles (WAB) I've been pointed in the direction of forum dedicated to discussions around WAB. Link. Well worth checking out.
-
Posted by Vulture at 22:15 No comments:

The weather was so good today (sunny and warm with little wind) Alex and I decided to fire off our small reusable rocket from the field beside our house :) The movie was too large to upload unchanged, so I had to use Windows Movie Maker to make it more manageable. A bit of quality has been lost sadly, but you can still make most of it out. :)
- 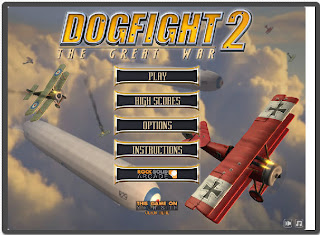 My son and I have been playing these two web based games that are quite fun.
-
-
-
Flying Games:Dogfight2 Link 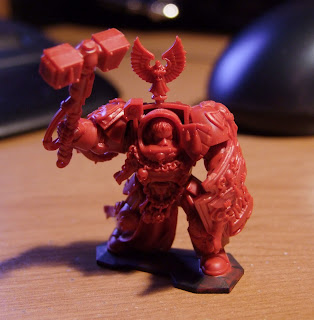 At the Huntingdon club tonight I introduced one of the other members (Chris Lowe) to Space Hulk. Over a three hour period we managed to get four games in, and had a great time. For the first time I was using a Sgt with a Thunder Hammer and Shield. On both occasions he did rubbish, so even though he's meant to be a close combat specialist, in future I'll keep him out of the action for as long as possible !
-
Posted by Vulture at 23:47 No comments:

This is a great story about two students putting a camera into space. Link
Posted by Vulture at 20:37 No comments:

In praise of the sci-fi corridor

This is a great article on the web site 'Den of Geek' by Martin Anderson all about his love of sci-fi corridors. Link
-
Posted by Vulture at 22:07 No comments:

This is worth checking out...
-
Underwater robot wars
University teams battled it out to become underwater robot champions at an event this week. It was held at Europe's largest freshwater tank in Gosport, Hampshire - a facility normally used by the Ministry of Defence for ship and submarine trials. Link
-
Five consumer laws you really ought to know (if you live in the UK)To mark National Consumer Week, here are five laws the canny shopper should be using in their battle to get stuff that actually works.
There is a war being fought between customers and many of the firms they have to deal with. It is an asymmetric conflict - the little man versus the faceless, bad customer service monoliths. On the little man's side there are only newspaper consumer pages and a rather handy selection of laws. Link
-
Posted by Vulture at 21:52 No comments:

Following a link on the TMP I visited this little web site called 'Panzer Eight' where some quite interesting 2 page play rules for the following periods are hosted:
1939-45
1950-69
1935-65 Air
Air Pocket
Sci-Fi Pocket
Sci-Fi Skirmish
-
Well worth a check out.
-
Posted by Vulture at 16:12 No comments:

Victor Bomber takes off by mistake at air show

The Victor bomber has long been retired from service, but one is kept in Bluntingthorpe aerodrome in running condition by a group of enthusiasts. A couple of times a year they fire it up and it does fast taxi runs up and down the runway. It is not considered flight worthy and as such is not cleared to fly by the Civil Aviation Authority (CAA). However in May this year....
-
Bob Prothero, a retired RAF group captain from Portsmouth, was on the flight deck, with an engineer as co-pilot. As the aircraft gathered speed, Mr Prothero instructed the co-pilot to slow the aircraft, but instead he increased the throttle — and then froze.
The 75-tonne V-bomber rapidly reached take-off speed and began to climb. As it lumbered into the air, reaching 150ft, it veered to the left — heading towards a housing estate.
Mr Prothero, who last flew a Victor in the 1980s and whose flying licence had long since expired, was faced with a split-second decision: “I was petrified. Everything was pure instinct,” he said.
“I was shouting at the co-pilot to pull the throttle back. I saw the nose rise into the air. I thought, ‘Oh God here we go, how are we going to get out of this one?’.”
Mr Prothero could try to land the aircraft immediately — but risked missing the runway and crashing. Or he could fly the heavy aircraft around before landing. “I had to make a snap decision. I pointed the nose down and noticed we were well and truly airborne, but because of the crosswind we were not over the runway. Thankfully, I managed to pitch the aircraft back towards the runway and away from any spectators.”
-

-
Mr Prothero landed the aircraft — named Teasin’ Tina — without a scratch. He described the event as the “most terrifying nine seconds of my life”.
“My only concern was getting the plane down as quickly and safely as possible,” he said.
A video on YouTube shows the Victor leaping up, lurching left, then touching down in a cloud of dust.
One onlooker is heard asking, “Should it be doing that?” while others are heard shrieking in disbelief.
The aircraft is designed to use a drag parachute as a brake, but Mr Prothero had no time to deploy it.
He said: “Although I touched down on the grass I still managed to keep it under control. All that was left to do was get out and kiss the ground.
“Nobody could really believe what had happened. There were people slapping me on the back and congratulating me on not crashing the thing and ruining the day.”
Yesterday the Civil Aviation Authority, which held an inquiry into the incident at the Cold War Jets day at Bruntingthorpe Aerodrome in May, said that it would take no action. Its report said: “The problem arose as a result of the engineer ‘freezing’ at a time of high stress.”
David Walton, the managing director of the aerodrome, said: “It was a brilliant piece of airmanship from Bob. If the aircraft had stalled, the day could have ended in tragedy.”
-

-
The British-built Handley Page Victor was part of the nation’s V-Bomber nuclear deterrent during the Cold War and also served in the Falklands and the Gulf War.
Bruntingthorpe-based Teasin’ Tina, along with Lusty Lindy, are the only two Victor bombers that remain in working condition.
-
Posted by Vulture at 19:39 2 comments:

My copy of Space Hulk arrived yesterday. There are far better reviews than I could write of the product on The Miniatures Page (TMP). Suffice to say, the game is of excellent production quality and I am very pleased with it. My only word of caution is on two accounts.
1. You need to be careful geteting the models off the sprues. A good set of clippers is a necessity.
2. The models are quite fragile and will need to be casefully stored if damage is to be avoided.
-

Two weeks back my son and I visited Castle Rising. For those gamers who have played the classic game 'Kingmaker', you may be familiar with the name as its on the playing board and is also noted on card 48 'Peasant Revolt' which says 'Mowbray to Castle Rising'.
-

-
Castle Rising is one of the most famous 12th Century castles in England.
-

-
The stone keep, built in around 1140ad, is amongst the finest surviving examples of its kind anywhere in the country and, together with the massive surrounding earthworks, ensures that Rising is a castle of national importance. In its time Rising has served as a hunting lodge, royal residence, and for a brief time in the 18th century even housed a mental patient. The most famous period in its history was when it came to the mother of Edward III, Queen Isabella, following her part in the murder of her husband Edward II.
The castle passed to the Howard family in 1544 and it remains in their hands, the current owner being a descendant of William D'Albini II, the Norman baron who raised the castle.
-

I know I keep banging on about what a good game this is, well it just got a lot cheaper to buy the original and the two expansions (Opposing Fronts and Tales of Valor). An Anthology has been released, and in the UK you can get from Play.com for £ 15.00 which is excellent value for money.
-
An old friend of mine Steve Hammond has directed to me a mod done by some enthusiasts called the 'Blitzkiek Mod'. This adds extra vehicles and infantry plus lots of tweaks. I intend to download this myself today.
-
Posted by Vulture at 09:20 No comments:

Finally succumbed to the buzz about the re-released Space Hulk and went on-line to order a copy direct from GW. I was amazed to find them out of stock, so I ended up ordering from a small company called Stafford Games. Just waiting for it to arrive now... Provided work commitments don't get in the way I hope to have a game at my local club with it next week. Talking of the Huntingdon club, I went down on Thursday night and found it was the start night of a new Blood Bowl league. 18 teams have been entered which should make for a great tournament. I would love to have joined in myself, but with work and family at the moment I sadly can't guarantee regular enough attendance to make the kind of commitment required.
There was a very tidy game of 25mm WW2 underway using the Crossfire rules, which I watched for a while. Here's a couple of photos.
-

Been away for a few days up in Yorkshire (gods own county) staying with the out-laws. Whilst there my son and I took a look round Knaresborough Castle. Situation high above the River Nidd this castle has had an interesting history, it being a favoured haunt of many monarchs who appreciated the fine hunting in the local forests. Besieged and taken twice the castle also has a rich military history, which came to an end when Parliament ordered it to be reduced to a ruin after the English Civil War.
-

-
The view from the castle looking down into the Nidd Gorge and across to the Railway Viaduct is just an excellent location for photography. In the photo below you can see the front of the preserved steam locomotive 'Oliver Cromwell' just leaving Knaresborough station.
-