I found time over the weekend to take a few photos of some 15mm sci-fi figures that I painted up a couple of months back. The boys are made by Blue Moon Manufacturing (15ALN-101 Orion Republic Heavy Infantry) and can be bought either direct or through Old Glory. Link. Casting and detail quality is excellent, and they were a real pleasure to paint. Included in the photos are a couple of vehicles by GZG and Old Crow to add additional flavour :)
- 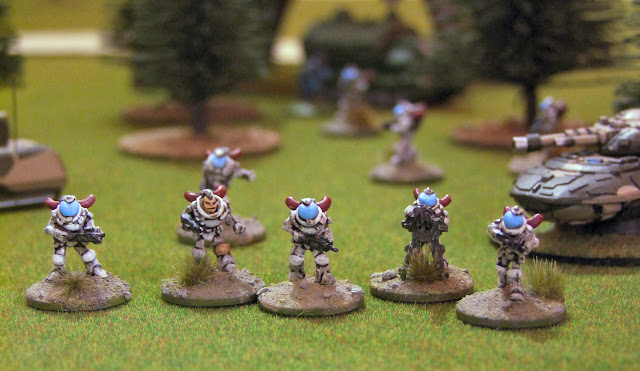 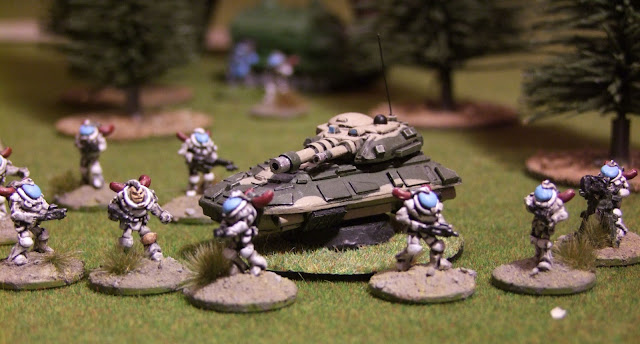 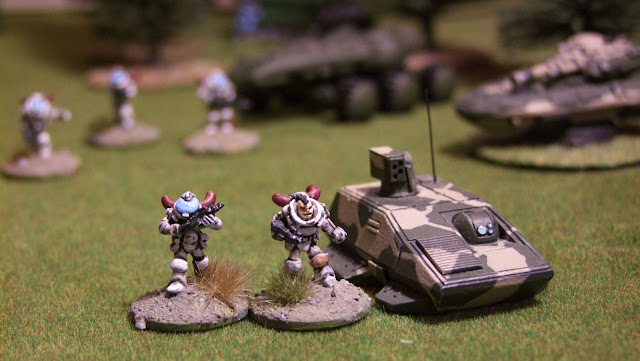 This is a quite an intersting article about a London-based scientist's use of a remote-control helicopter to get breath samples from whales has led to her being awarded an "Ig Nobel" Prize. Link to BBC web site.
-
Posted by Vulture at 11:57 No comments:

This is very clever and well worth watching. Best Card Trick Ever
-
Posted by Vulture at 18:55 No comments:

In War and Paint: Diary of a Modern Day War Artist

This is quite good. It shows the work of a modern-day war artist. Link to BBC.
-
Posted by Vulture at 10:18 No comments:

From trench to tomb: The unknown warrior's journey

This is an interesting article on the BBC web site about how an unknown warrior was carried from a French battlefield 90 years ago, to be laid to rest among kings and statesmen in Westminster Abbey (UK). But how did this symbol of the sacrifice of war come to be chosen ? Link
-
Posted by Vulture at 08:35 No comments:

The First World War From Above

This is worth checking out on the BBC web site.
-
The story of the Great War told from a unique new aerial perspective. Featuring two remarkable historical finds, including a piece of archive footage filmed from an airship in summer 1919, capturing the trenches and battlefields in a way that's rarely been seen before. And aerial photographs taken by First World War pilots - developed for the first time in over ninety years - show not only the devastation inflicted during the fighting, but also quirks and human stories visible only from above. Presented by Fergal Keane. Link
-
Posted by Vulture at 09:59 No comments: