Flames Of War - At The Harrogate Wargames Club

Was up in Harrogate last night (visiting the out-laws), so used the opportunity to drop by the Harrogate Wargames Club and meet up with some old friends of mine. I joined in a Flames Of War Game. This is a set of WW2 rules that has been around for a few years now. Although I've seen the game played several times at my local club, (the Huntingdon & District Wargames Society) I had yet to actually have a game myself, so I was looking forward to how see how it played out. I must confess I was totally amazed how well the game played out, and how slick the whole system was. I’ll post some photos tomorrow, but in the meantime here’s a staged photo of some of my WW2 20mm German armour :) .
- 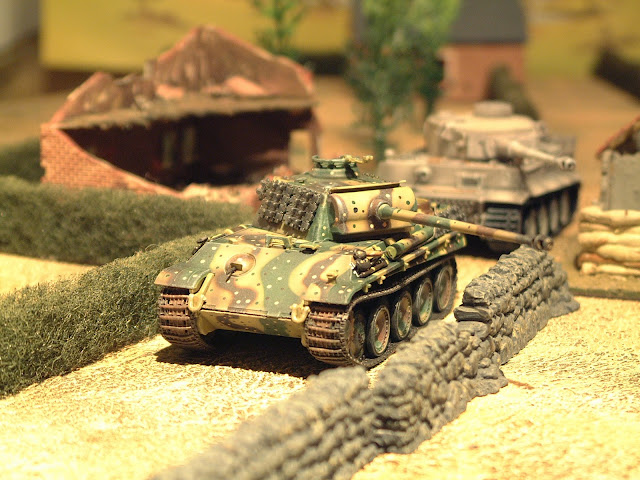 Lovely paint job. But I expect nothing less.

I have to own up to the fact that the vehicle came pre-painted, LOL. It's one of the Dragon Armour range of vehicles. Brilliant value for money at £10.

Just bought a Tiger 1 of the same collection from Dragon (www.dragon-models.com). Indeed best value for your money. I play with them computer-assited using Panzer Combat II.