How the Pentagon is Preparing for a Tank War With Russia

For those interested in modern warfare, this is an interesting read:  Link
-

I've been intrigued by game being played at the club this last month.  Called 'Gaslands' it is described as a 'game of post-apocalyptic vehicular mayhem'. 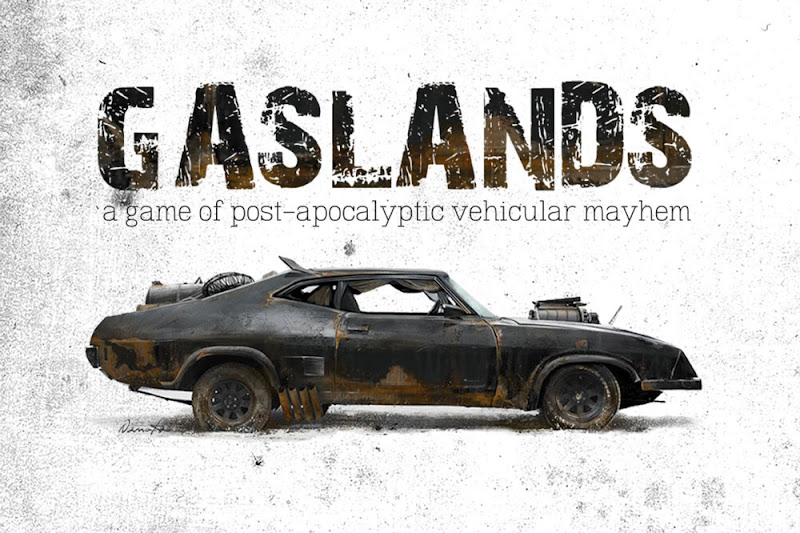 It very much owes it lineage to the old 80s game Car Wars, a copy of which I'm sure I still have buried somewhere in my loft.  In this case the came uses actual cars and terrain, of which you have to supply both.  James D invited me to join in a game, and the week before I was given a small car to customise.  After some debate I painted it grey and black and added a rotary cannon to the roof :)  I mean, why wouldn't you ?  :)
- 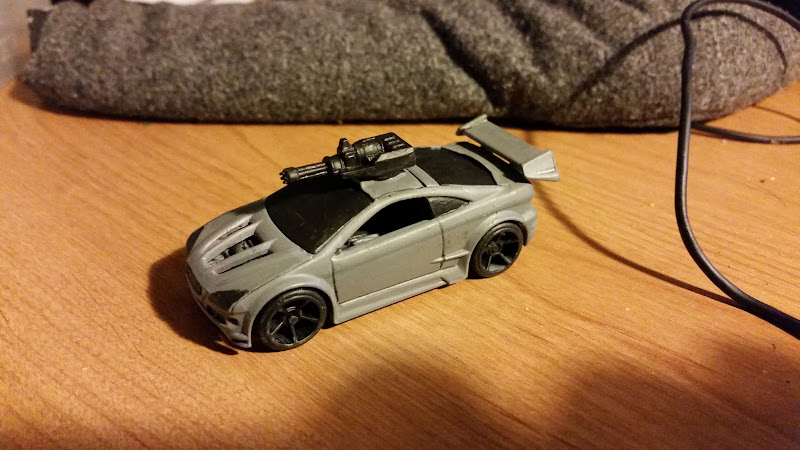 -
Can't say anything about the rules mechanics as they are in play-test, and will be eventually published (by Osprey in 2017 I understand).

The game itself was a 6 player affair, of three teams (two players in each).  The winner was to be the first to have a member of the team navigate round the board passing between all 4 'gates'.  It's fair to say that getting through the first gate was a major challenge with vehicles spinning off all over the place, frantically dodging each other, some getting rammed, some looking to ram etc ! I narrowly escaped getting wiped out by a complete manic in a bus !

Once through the first gate we were allowed use any vehicle weaponry.  This was the time to deploy the cannon (it seemed wrong not too...), so I managed to damage Gavin M's car several times.  I was ahead of him for a while, but then he managed to just nip ahead.  Before I could get past him his team mate James D rammed me, and my car was wiped out, so allowing Gavin M and he to win.

Overall quite an entertaining game.

A few pictures from early in the game are below.
- 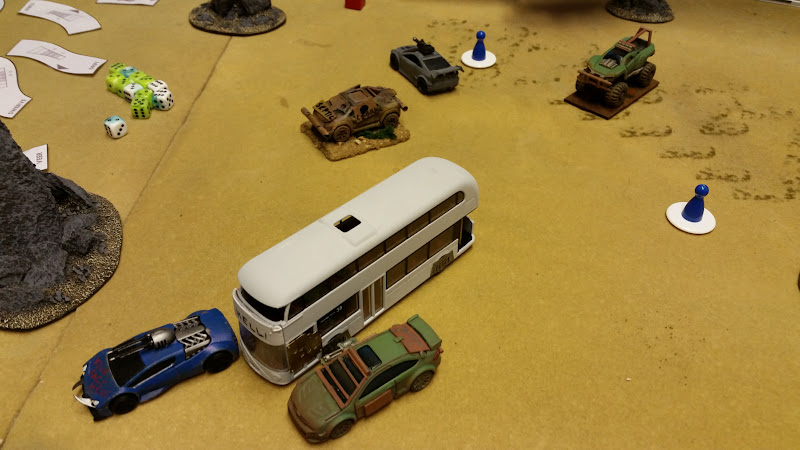 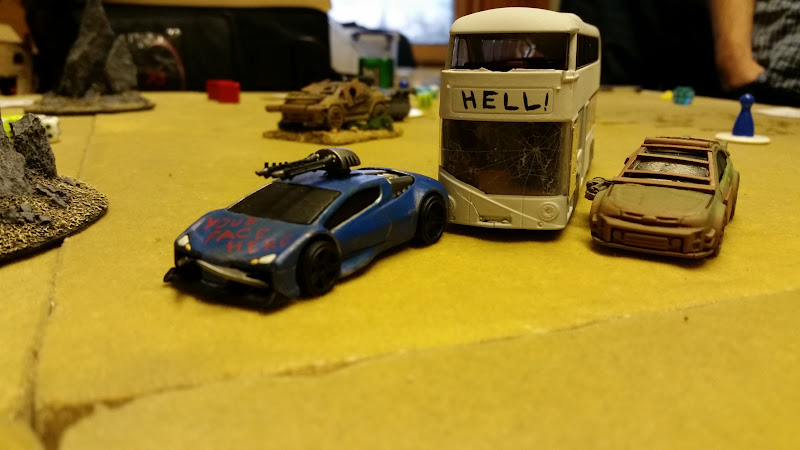 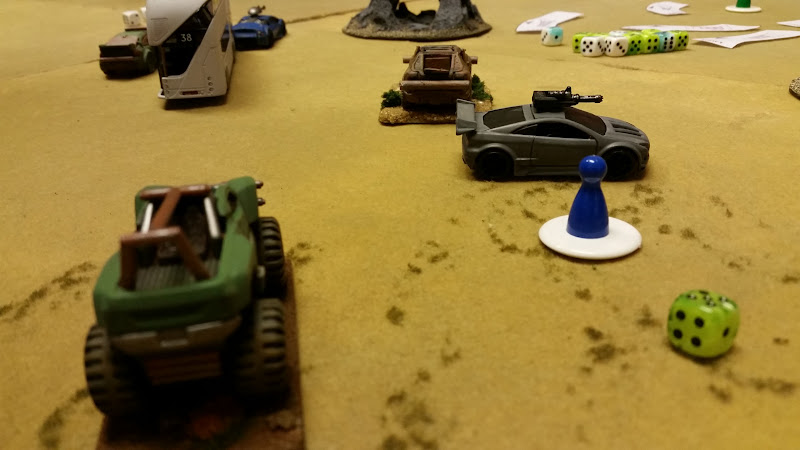 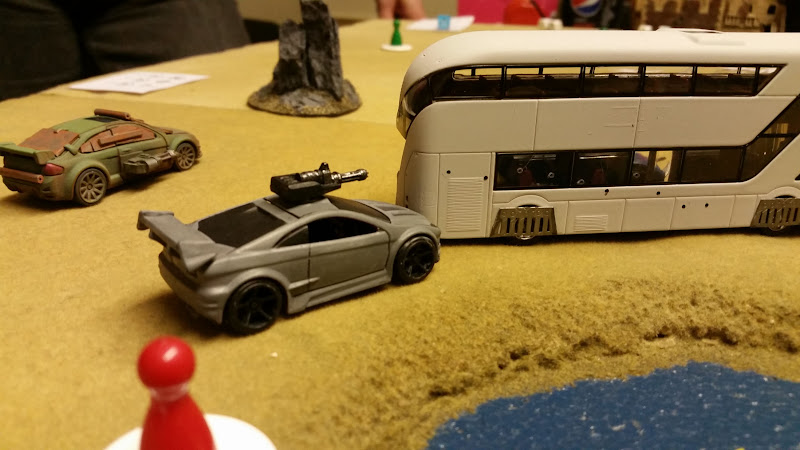 Picture Of The Week - No 58 - Buccaneer Aircraft 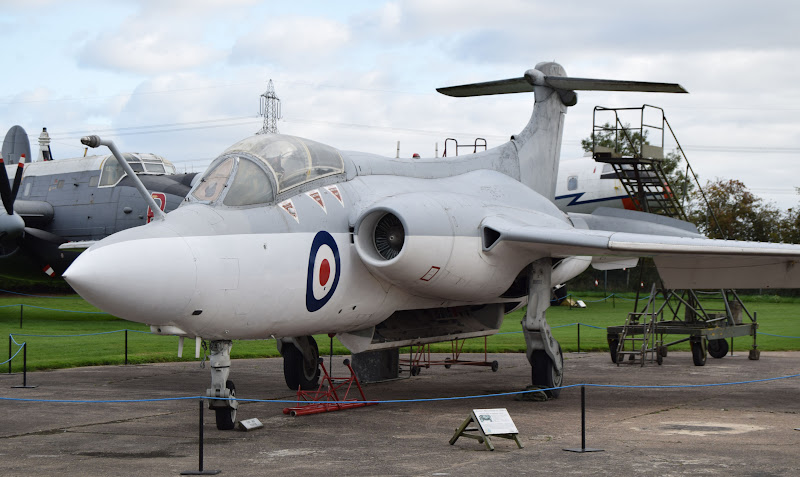 -
Comment:  One of my favourite aircraft, the Blackburn Buccaneer.  For a short while I was involved with the support of the fleet in the mid 1980s and still retain a lot of affection for the type.  I photographed this particular example at the Newark Air Museum in Oct 2015.
-
Posted by Vulture at 19:53 No comments:

Labels: A Life In Miniature, Aircraft, Aircraft - Buccaneer, Picture Of The Week

After the success of the Napoleonic Wargaming event last year at the Royal Armouries the Armouries decided to hold a Royal Armouries Gaming Event (RAGE), but this time focusing on the 100 Years War.  The trigger for this was to celebrate the arrival of the Battle Of Agincourt diorama that the Perry twins had constructed last year.  Initially it was on display in the Tower of London, but has now moved to it permanent residence in the Royal Armouries in Leeds.

John S suggested a 28mm game using the Lion Rampant rules for a battle recreating the Siege of Harfleur.  In our game the French sortie out to try and wreck the bombard and approaching seige tower.   John S constructed a fabulous castle and he and Gavin M did sterling work on painting figures up as well.  You can read more about his construction of the Harfleur Castle on his Blog (Link).

Over the two days of the event (23-24 Apr) our club ran a total of 14 participation games.  8 games played on the Saturday with something like a 5:3 split English wins to French.  6 on Sunday, all French wins!

Points were c. 45 per side.  Odd number but worked ultimately on what we had.


Here's a selection of pictures of our participation game.
- 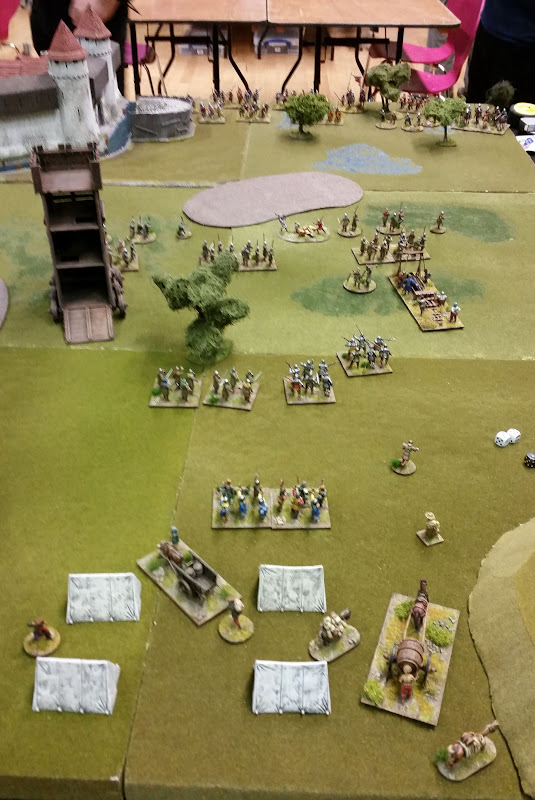 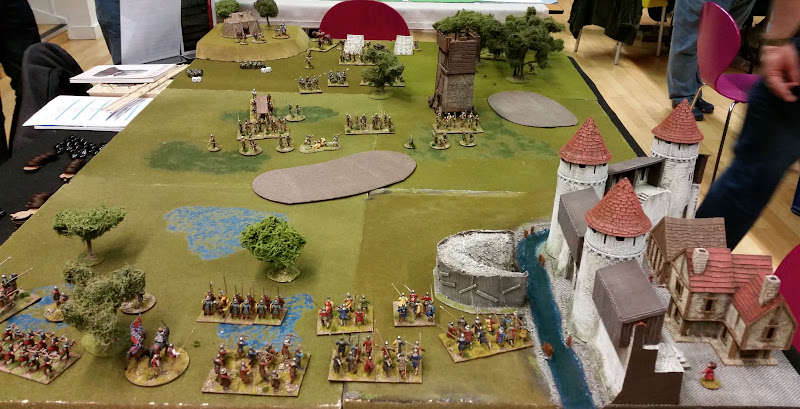 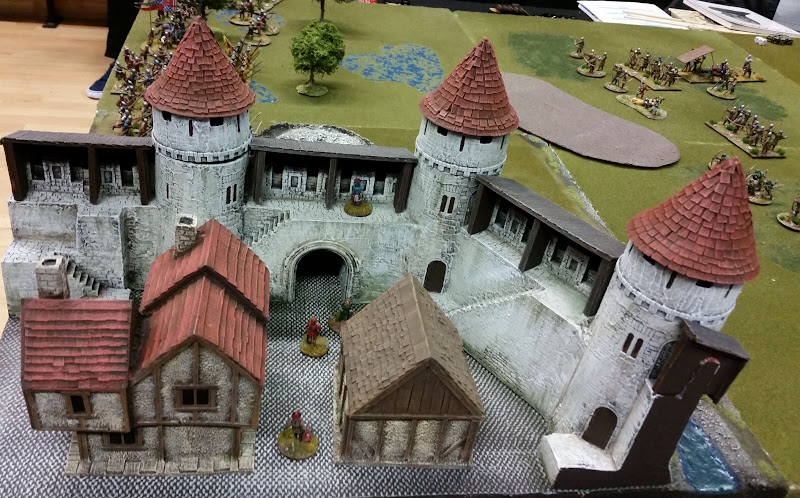 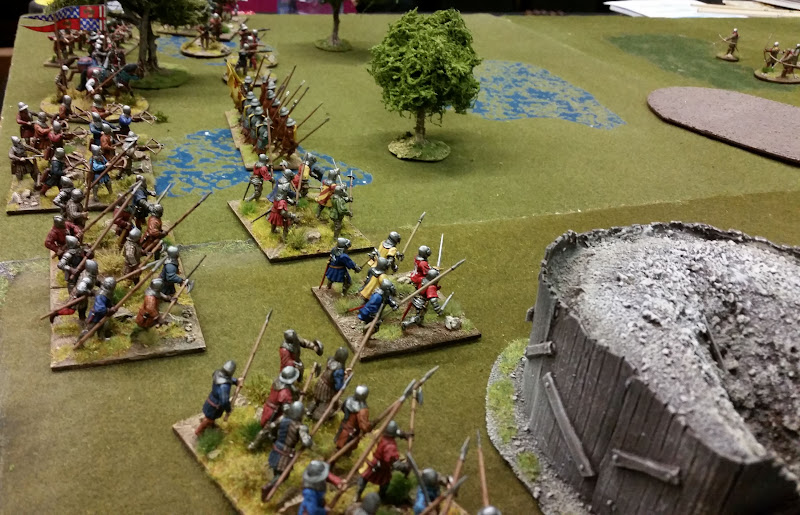 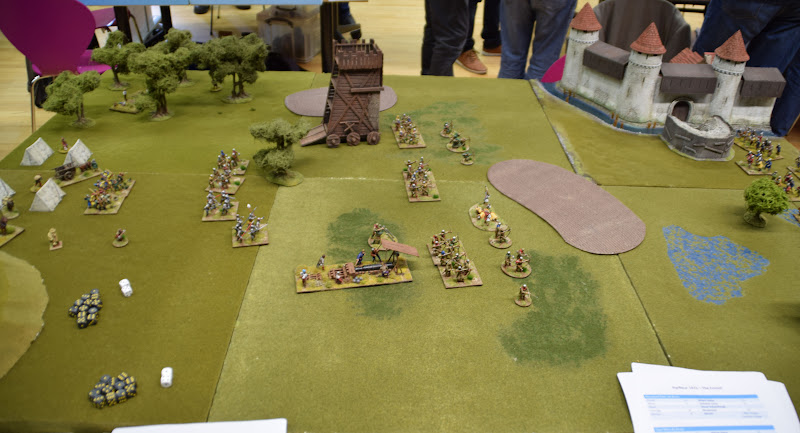 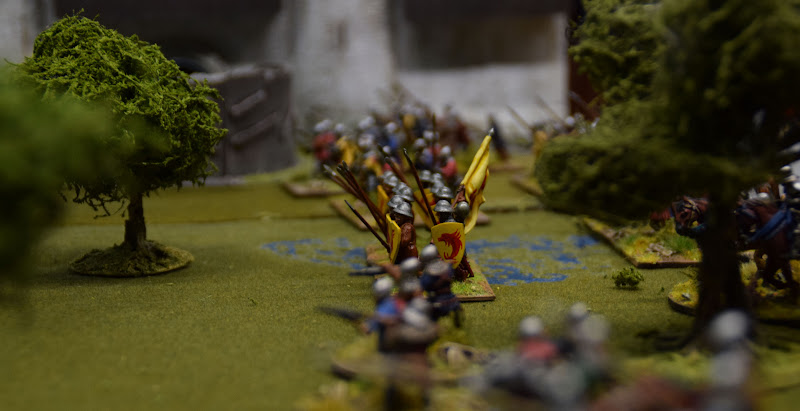 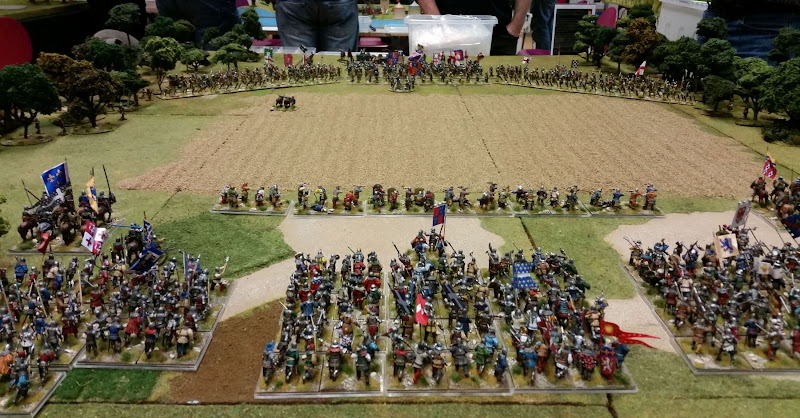 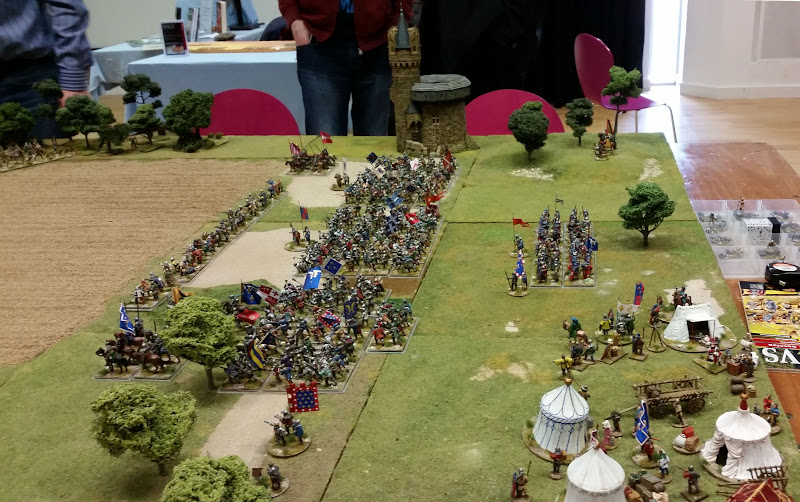 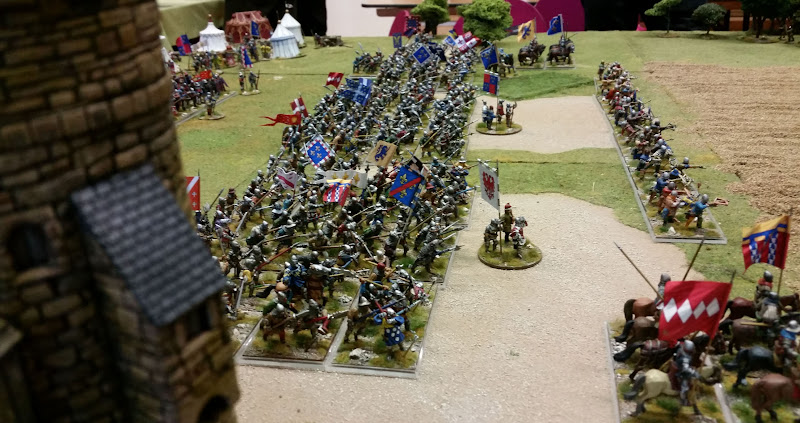 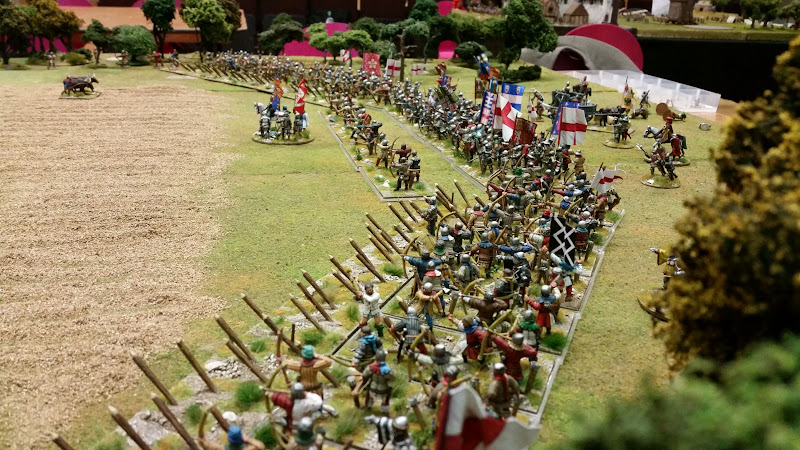 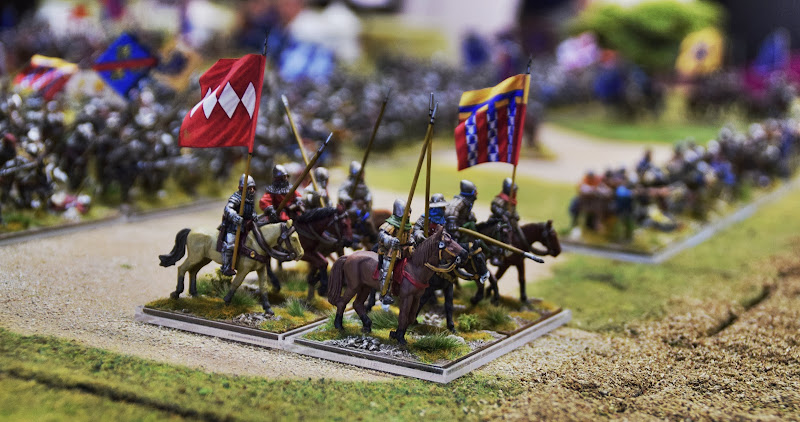 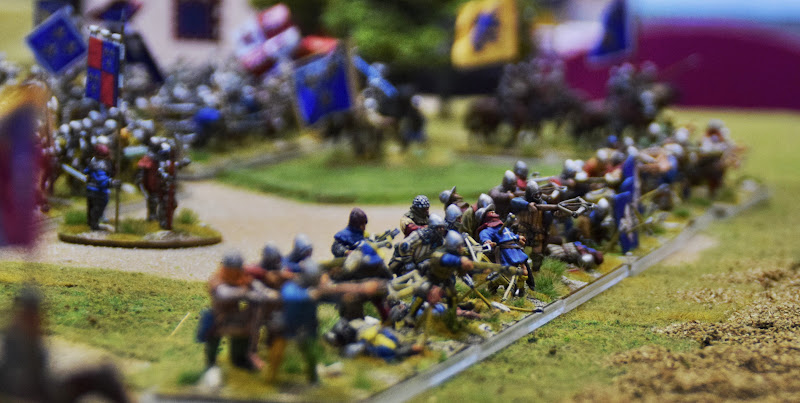 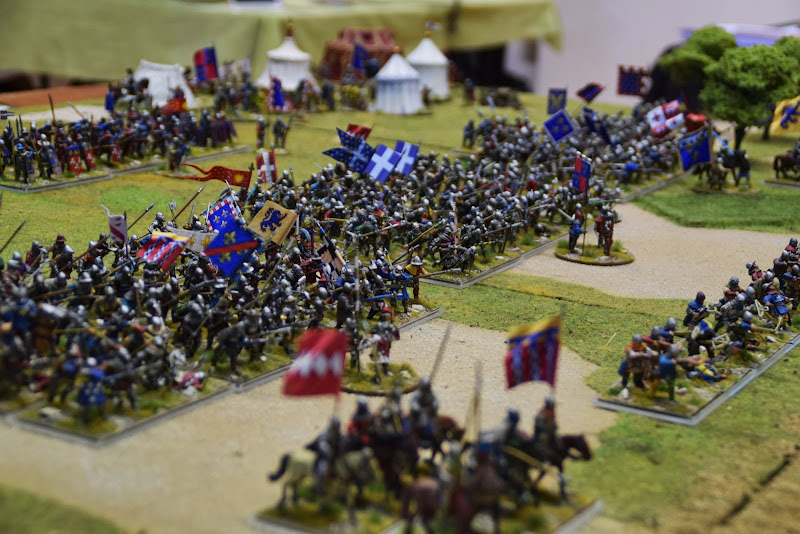 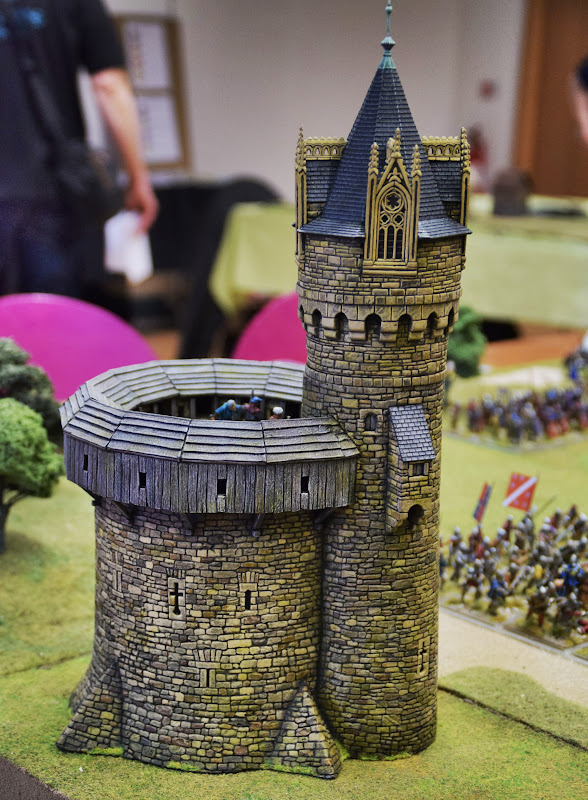 Had a recent game the club using the Sharp Practice 2 rules.  Organised by John S this was our first bash using these Napoleonic Skirmish rules.  It was interesting to contrast these rules with the 'Eagle Rampant' (ER) version of Lion Rampant that I posted about back 8th April this year. Link.

In terms of ease of play and accessibility ER wins hands down, as SP2 is a far far more complex offering.  That said SP2 offers a deeper richer gaming experience for the more hard-core/enthusiastic Napoleonic gamer.

In the game we played I was the clean-living god fearing British taking on the unworthy French dictator and his henchmen :)  Sadly one I lost due to being insufficiently aggressive with my Rifle Regt.  Great fun however  :) 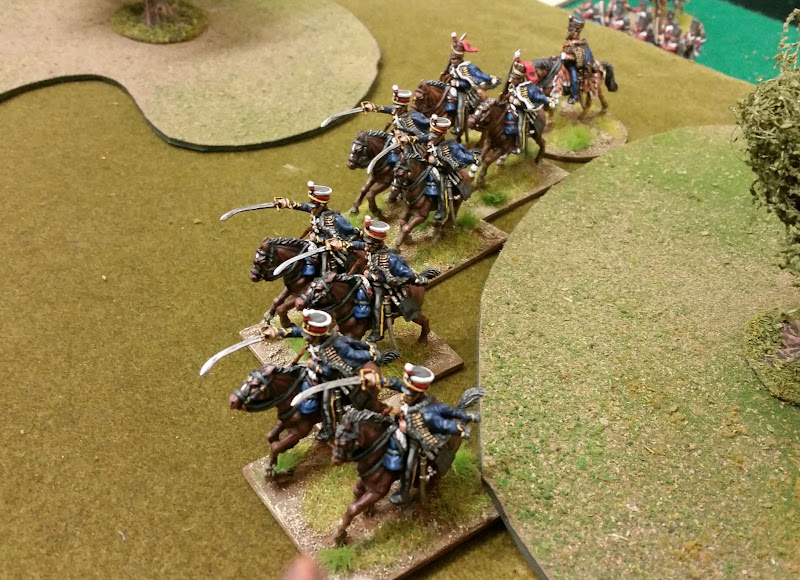 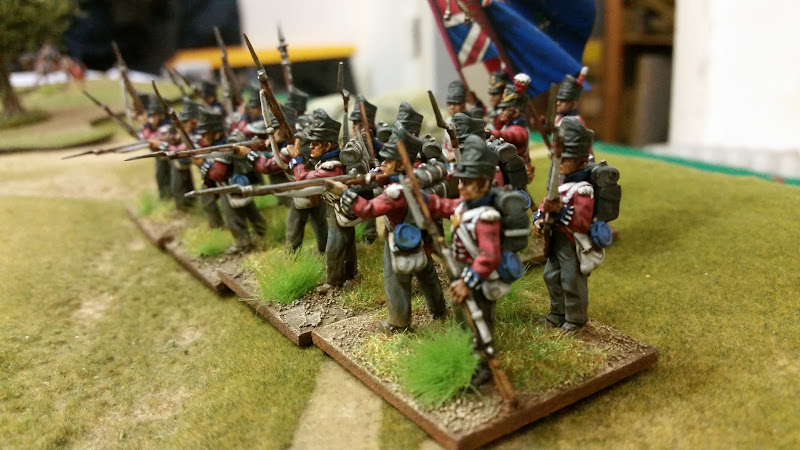 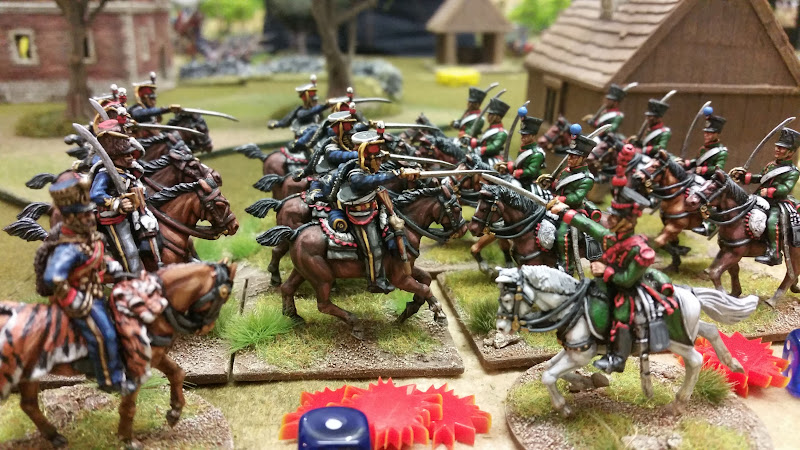 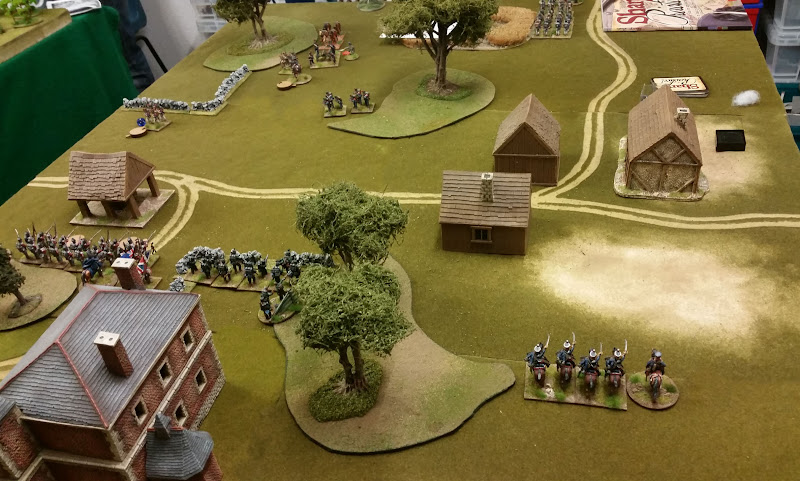 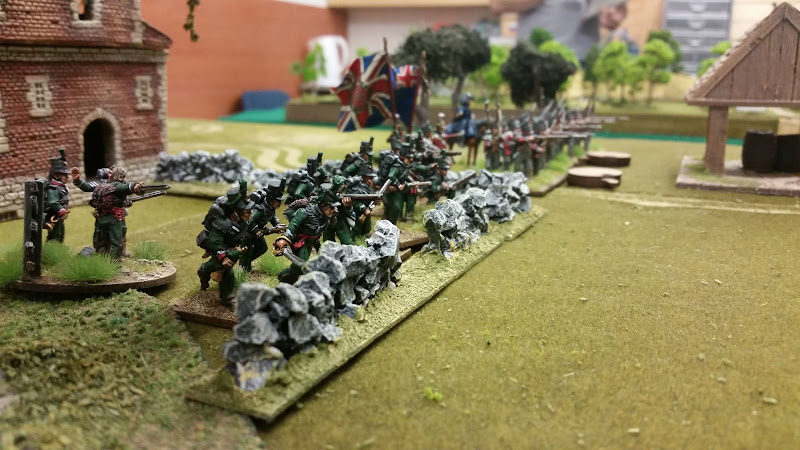 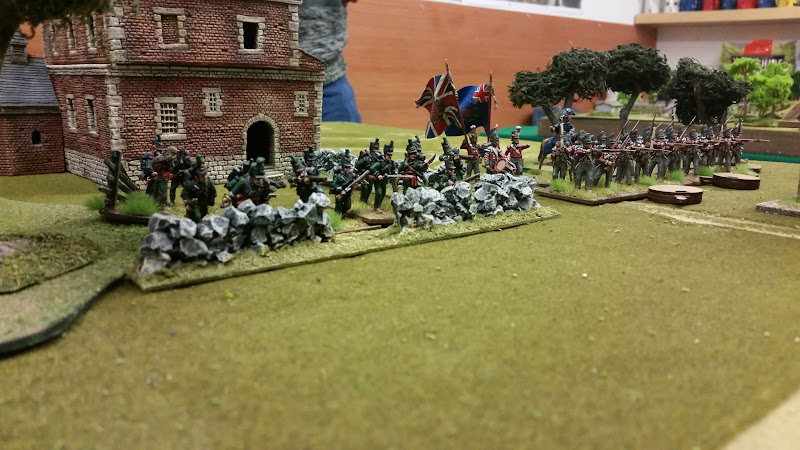 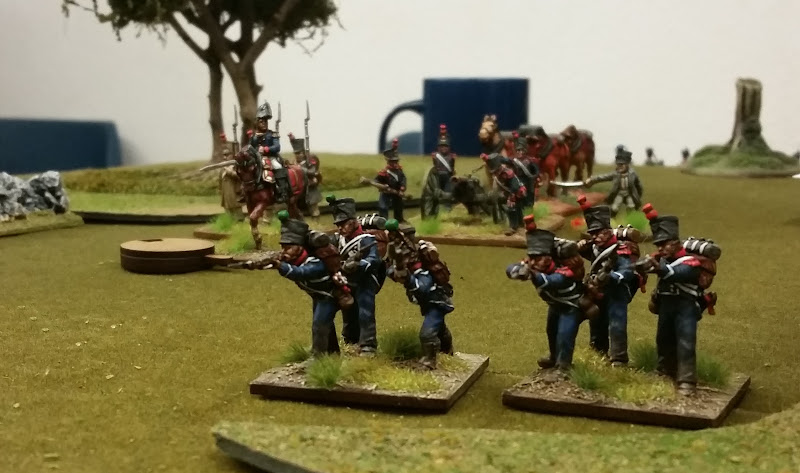 Why HeroQuest Is So Great

-
-
Comment:  The new Top Gear presenters are getting so much hate and negative vibes, I'm almost starting to feel sorry for them.  Fact is we won't know how it is until the series starts showing, so I'm now writing it off just yet...
-


-
Comment:  My son Alex is getting all excited out this.  My observation was that Tank seemed to be going too fast ! LOL
-

On board the aircraft carrier fighting IS - USS Harry S Truman

Over the past four months USS Harry S Truman has been sailing somewhere in the North Arabian Gulf launching wave after wave of attacks on so-called Islamic State (IS). Link to the BBC web site.
- 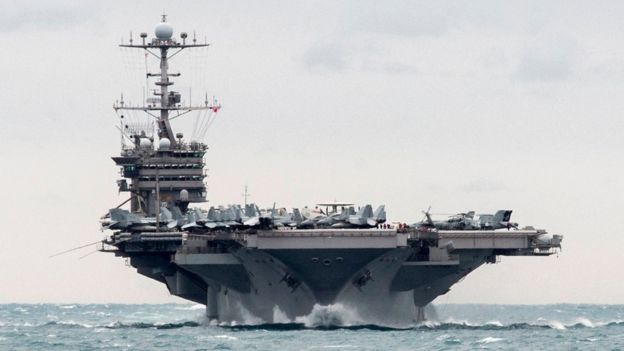