For those interested in PBeM games, LORDS Of CONQUEST is an interesting site to check out: Link
-
Posted by Vulture at 19:45 No comments:

During WW2 to confuse the German radar during bombing raids we used to drop an early form of chaff, code named 'Window' - basically it's shredded tinfoil.  I'd read about this, but never seen any until a couple of weeks back at the old Melbourne Airfield.
- 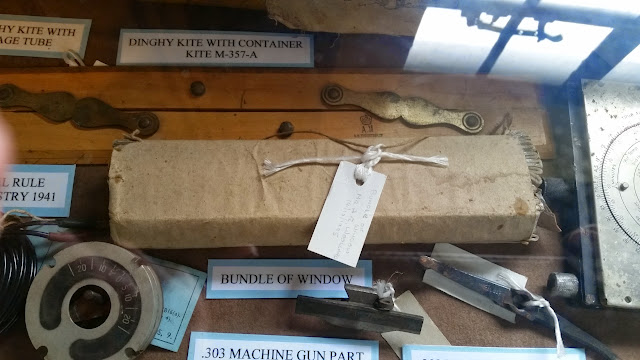 April and May have seen two military vehicle events in this part of the world.  Firstly there was the 'Crank Up' event staged by the Yorkshire Group of the Military Vehicle Trust which is when we all meet  up at Cliffords Tower in York for the first meet up of the year.  Fortunately the weather gods were reasonably kind to us, and it didn't rain.  Best turn-out ever with over 90 vehicles in attendance.
- 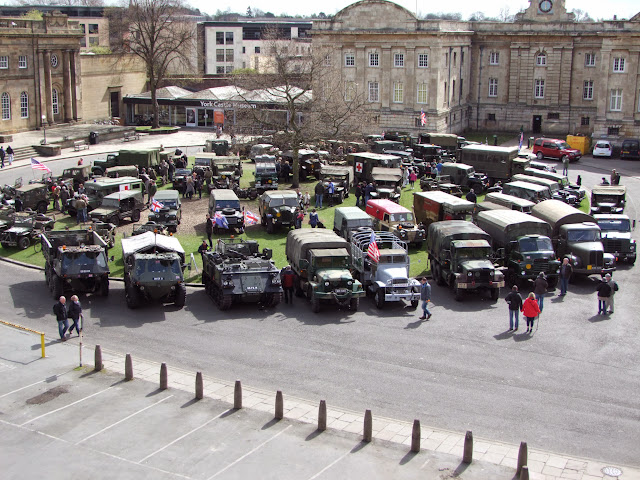 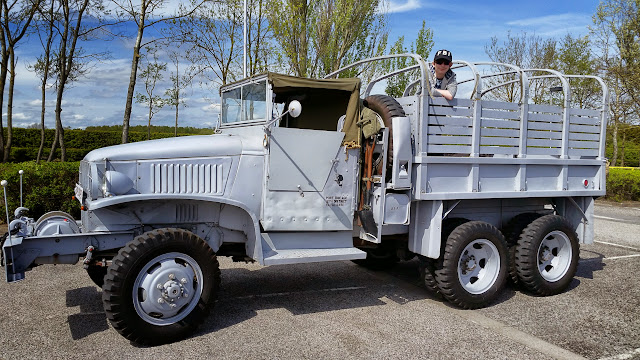 -
It was after this event that I started with this strange noise from the trucks off-side front wheel.  Going to have the wheel off next month to investigate what it might be.  Ideas at the moment range from a stretched wheel nut, to a broken spring, it's very strange...

-
On the 9/10th May I went along to a second event, this time at Elvington Airfield for the 'Battlegroup North' event.  A Sherman tank was along for the event, and I managed to get the truck and it together for a pic.
-

-
I was helping crew a British 25pdr field gun, and did two shoots with it, myself in charge of the ammo box.
- 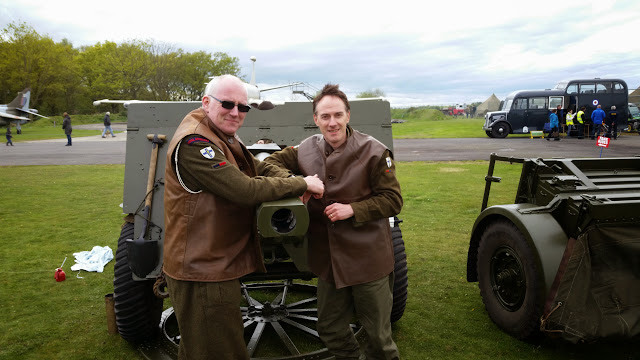 -
-
Here's a pic below I took of the gun in action crewed by my old friend Chris Jenkins and his two sons, Graham and Gareth.
- 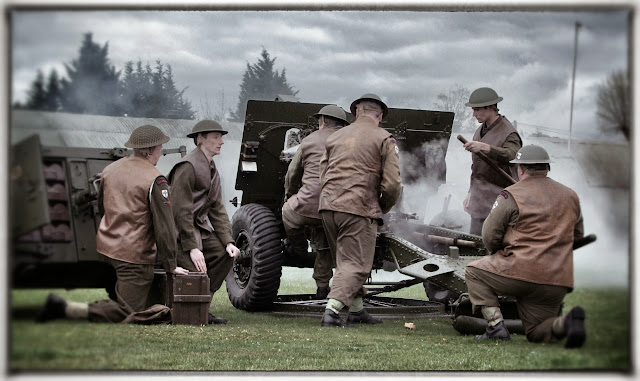 Its been a little while since I've posted on the Blog, so this is the first of a few posts (not necessarily in chronological order) to bring things up to date.
-
Last night at the club we played 28mm Napoleonics using the Black Powder rules.  We've been kind of caught up in the enthusiasm for the 200th anniversary of Waterloo and several of our group (namely Theo and John S) have been painting away furiously.  We've also been invited by the Royal Armouries at Leeds to put on a demonstration game on 13/14th June, so that has brought into sharp focus the need to get some more painting done.

Last night was meant to recreate part of the battle with the iconic La Haye Sainte as the centre-piece.  It was the largest number of figures we have fielded to date and certainly gave a great feel to the game.  We ran out of time before reaching a conclusion, but thoroughly enjoyed ourselves anyway.

Here's a selection of photos.  None of the figures photo'd close up are mine I have to admit, I think most are John Savages.  As normal his painting standard makes the rest of us lesser mortals feel inadequate...  LOL
- 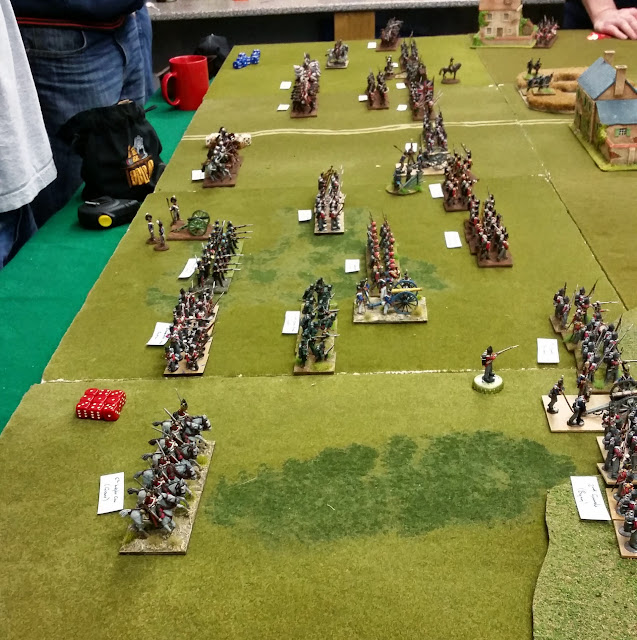 The Allied forces line up for battle.
- 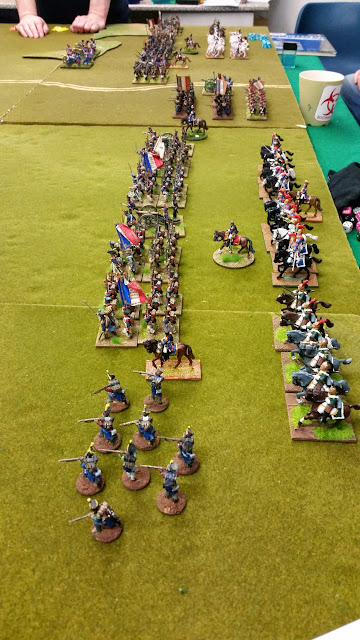 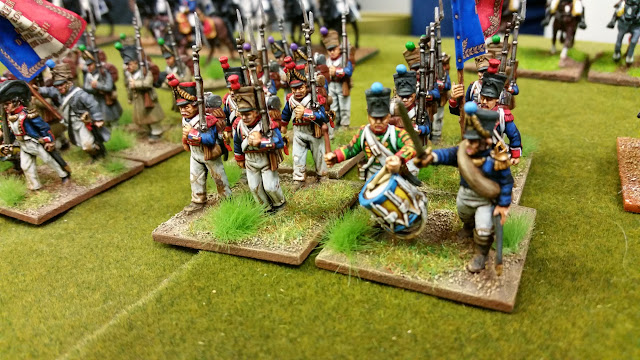 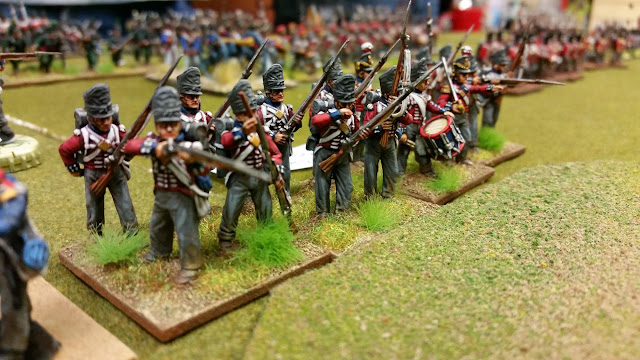 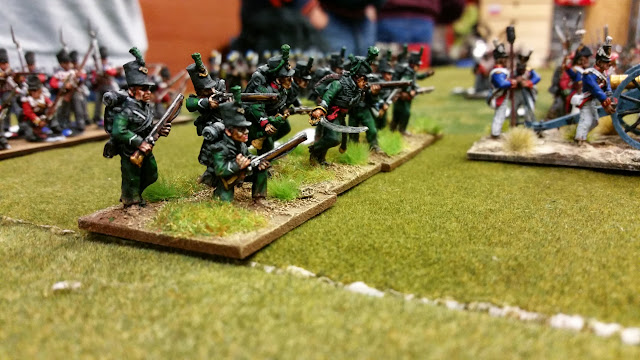 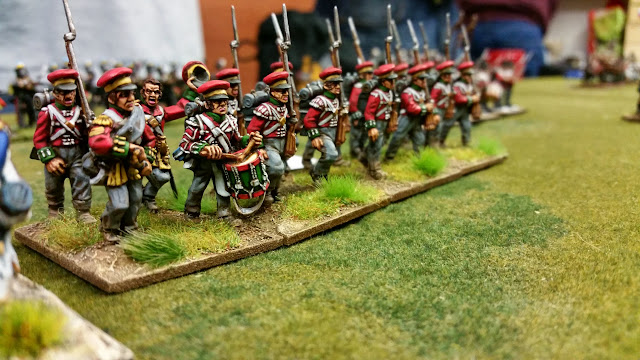 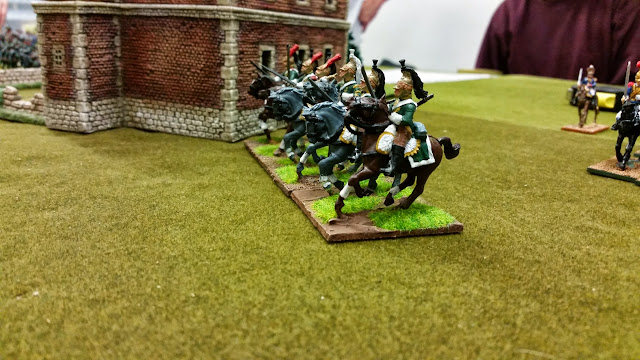 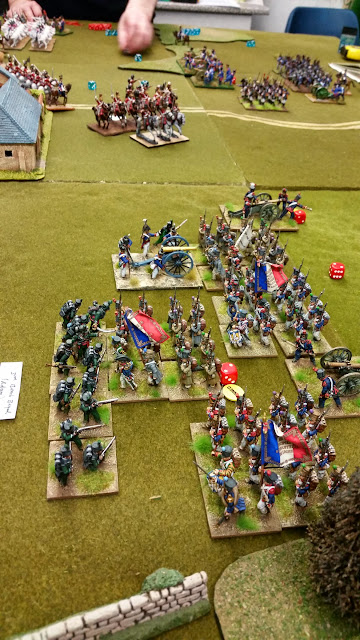 The battle in the centre.  Gavin aggressively moved a British cannon up ahead of the main, where it did nothing (bad dice rolls) and was promptly overrun by the French Infantry.
- 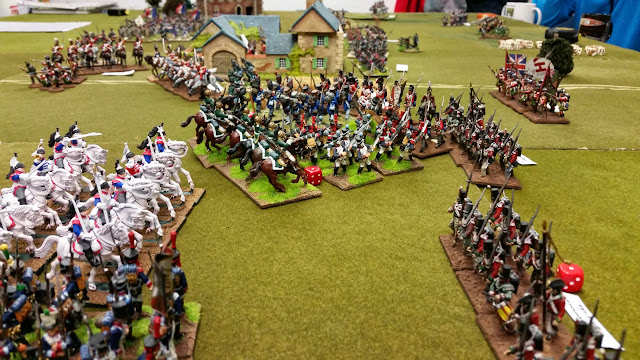 Main battle on the left flank (of the Allied line)
-
Posted by Vulture at 19:49 No comments:

The counter clicked over today, and recorded that there had been over 200,000 page views of the Blog since I started it in 2007.  Thanks to all those who have visited and also posted contributions.
Keep well everyone
Ian
Posted by Vulture at 19:19 2 comments: