"I was the last Desert Rat left firing at Rommel’s Panzers": Incredible tale of heroism behind Antiques Roadshow painting

Ordered to ‘fight to the last man and the last round’, they stuck to their guns as their comrades fell around them.
For three days, the brave band of Desert Rats suffered relentless Panzer attacks and mounting casualties as they held the line in North Africa from Rommel’s advancing tanks. Their heroism during one of the bloodiest battles of the Second World War was later immortalised on canvas.
Now the only surviving ‘Tommy’ depicted in the painting, 93-year-old Ray Ellis, has told of the ‘miracle’ that saved his life.  Link
- 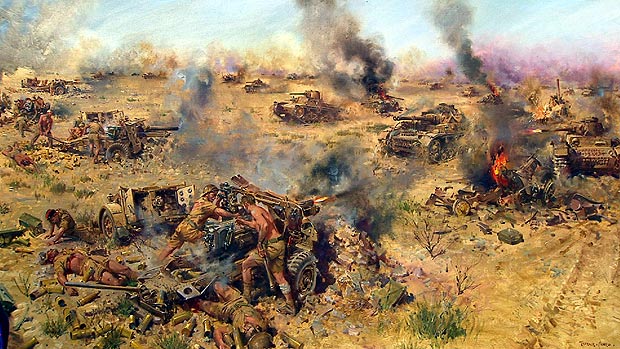 Picture Of The Week - Tiger Problem 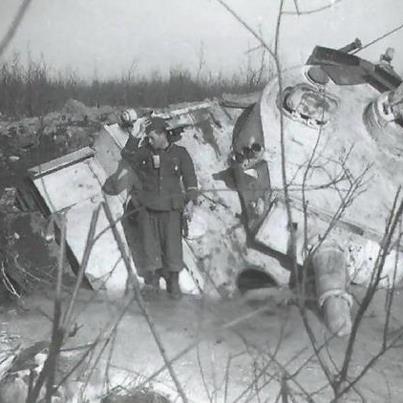 -
Comment:  Just a tiny problem here, nothing trivial...
Posted by Vulture at 23:00 No comments:

Years ago I used to play a lot of Play-By-Mail (PBM) games and for a while subscribed to a dedicated magazine called ‘Flagship’ that was devoted solely to this type if gaming. I’m currently trying to encourage a group of my friends to go into a Dark Age II Play By E-Mail (PBEM) game with me, and on a whim today I Google'd ‘Flagship Magazine’ and was pleased to find that it is still going, both in a hardcopy format and as a ‘free’ downloadable pdf.  They have expanded to scope of the magazine so that it covers wider gaming as well, so I found quite a lot to enjoy. Certainly worth a look. Link
-

Last night I played my first proper game of the Black Powder rules published by Warlord Games. My friend Theo Street had done an excellent job of generating a scenario for us loosely based on the First Battle of Bull Run 1861. Myself Andy B, and John S were the clean living Confederates on the left flank of the Confederate line, taking on the corrupt Northern scum in the shape of John E, Steve, Simon A and Chris J who have flanked crossing the Bull Run creek. The Union forces can be seen crossing the Bull Run Creek from Sudley Mill with Sudley Church clearly visible.  We each had a Brigade (or 2) under our command, and a persona on the battlefield. Myself, I was the famous Stonewall Jackson :)
- 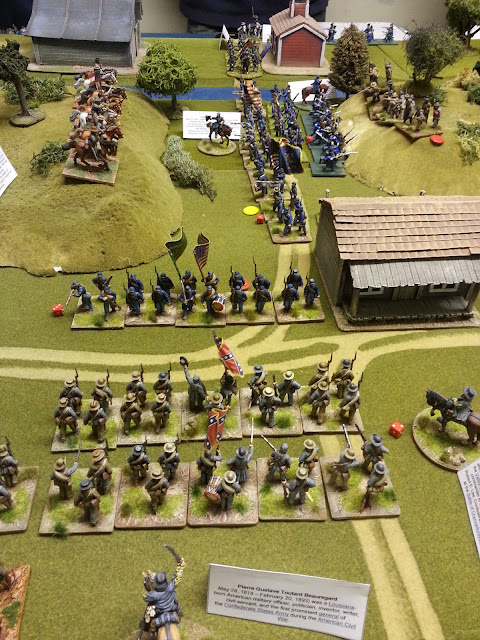 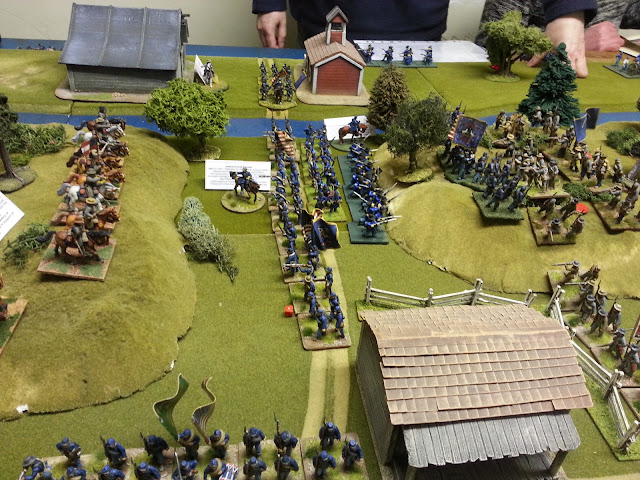 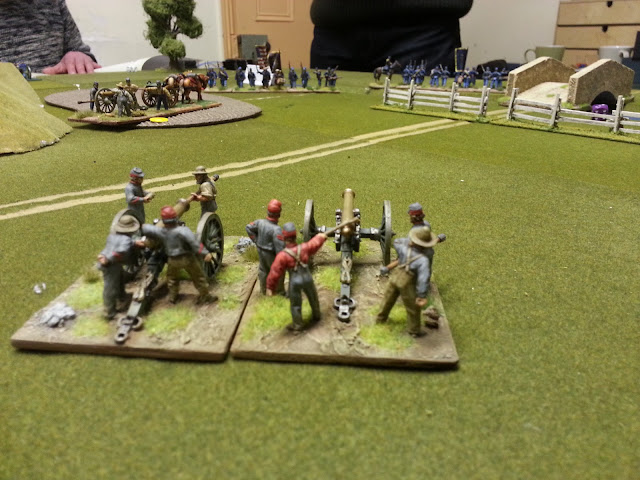 The Confederate battery is positioned further east covering the Stone Bridge with Union forces visible having crossed Farm Ford.
-
I’m afraid I don’t have time to write up a full AAR, plus the battle is still under way and we will continue it next week. Suffice to say though it must rank as one of my top gaming nights ever. Fabulous banter round the table and wildly varying dice throws at critical times made for an incredibly entertaining game with a perfect blend of Strategic and Tactical decisions having to be made on some great looking terrain. I’m indebted to my friends for the loan of a Brigade of troops (3 Inf Regts of 24 Figs each and 2 guns + 1 mounted C/O).  Deep into the game although they have taken some casualties, all my units are still intact. Inspired as I am, I’ve been and ordered the rules from Amazon. I'm now seriously considering whether to buy the Brigade pack from Perry Miniatures, which at £45 for over 100 figures looks excellent value for money.
Posted by Vulture at 22:38 No comments:

Bolt Action at the Harrogate Club

Joined in another game of WW2 20mm using the Bolt Action rules last Thursday.  Like at X-Mas I had a Panther. 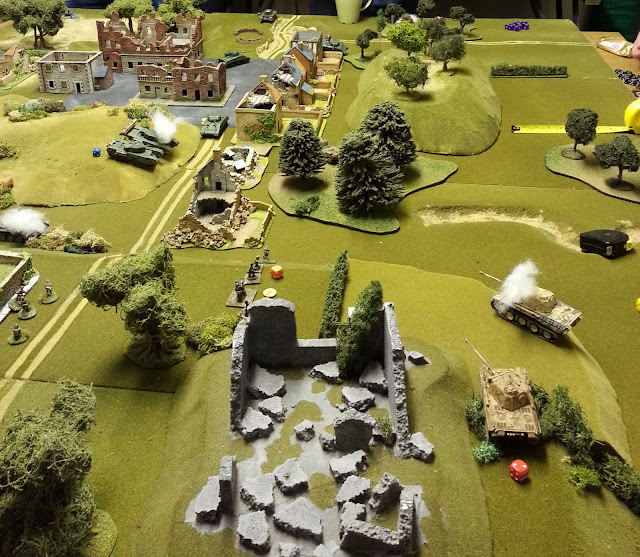 -After being quite badly pinned I pulled back round behind a hill, cleared the pins and then moving forward, taking out a Sherman 75 that was sat near the objective.
- 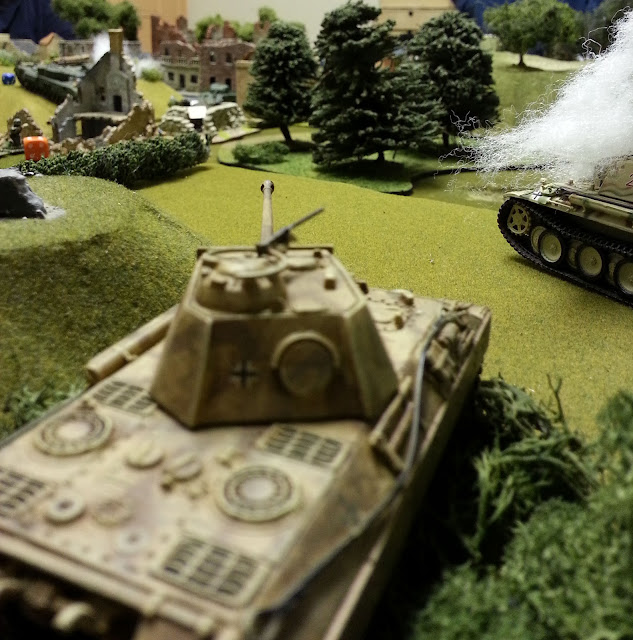 -
Quite an enjoyable game however I am slightly frustrated by inaccuracies in the vehicle listings.  I have therefore resolved to come up with my own listings, and have made a start on German listing.  In my next game in a few weeks time I hope to trial some house rules we have been talking about.  I'm currently thinking of introducing: (for AT fire on vehicles):
+1 for each second and subsequent shot at Target.
+1 if target hit in previous turn.
+1 If firer has Optics bonus and firing at long range.
-1 Long range shot with High Velocity (HV) round or AT Gun HEAT round.
-1 Target moving at 45% to 90% across front of firer up to 9" movement.
-2 Target moving at 45 – 90 across front of firer over 9" movement. 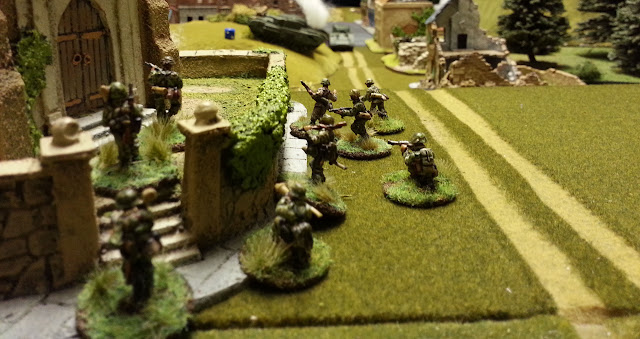 Honoured at last: Heroes of the Arctic convoys, the "worst journey on the world" 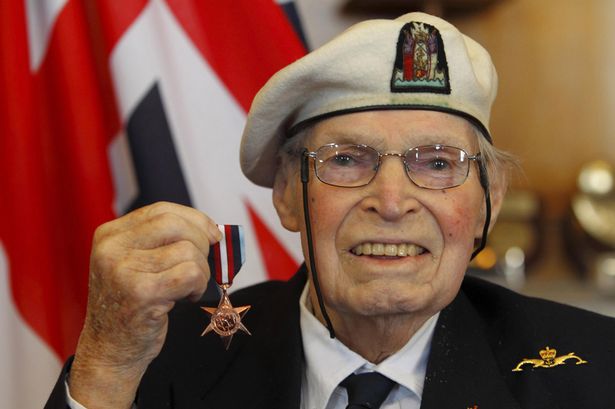 In pictures: HMS Belfast at 75 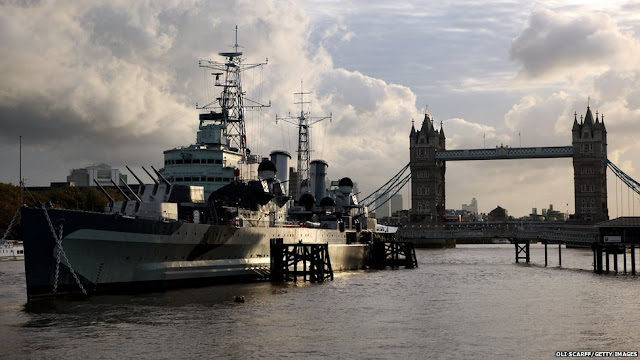 The grave of a medieval knight and the foundations of a monastery built by a former king of Scotland have been found under an old city car park.

Archaeologists made the discoveries, with dozens of other artefacts, during the excavation of a building site in Edinburgh's Old Town. Link to MSN News.
- 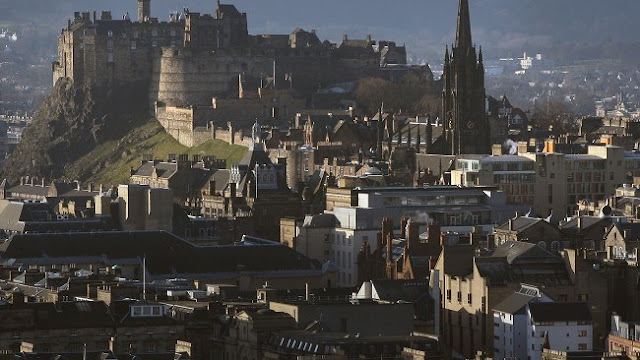 In the first of a three-part series marking the 10th anniversary of the invasion, an army officer tells how he lost his marriage, his career and, for a while, his mind through PTSD. Link
Comment: Worth a read to get a small insight into the problems guys with PTSD suffer.
- 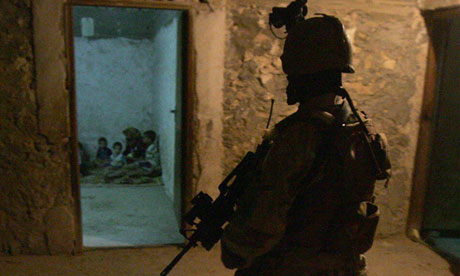 
Comment:  If your a fan of Borderlands this is brilliant !
-
Posted by Vulture at 19:58 No comments:

The T-34 in WWII: the Legend vs. the Performance

The technical superiority of the T-34 in 1941 (and during WWII in general) has become the stuff of legend. Its apparent superiority has become so entrenched in the psyche of post WWII authors that it is now assumed without question. Some go as far as to claim the T-34 as “the finest tank of the twentieth century” and the T-34 “rendered the entire fleet of German tanks as effectively obsolete”.(1) However, if battle performance was (and indeed still is) the ultimate determinant of the effectiveness of any weapon system, then unlike some legends in WWII, the tactical combat record of the T-34 does not match up to its legendary status. An objective look at the T-34’s record, without preconceptions, reveals questions which are hard to answer given the T-34’s apparent superiority. Link
-
Comment:  Worth a read if your into WW2 tanks.
-

Limited-edition prints of an oil painting depicting Tiger 131’s final moments in military service are to be sold to raise money for the upkeep of The Tank Museums most famous exhibit. Link
- 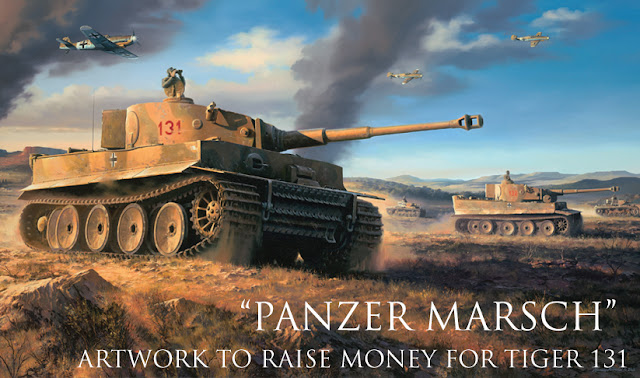 Spotted this picture on a thread on the Historic Military Vehicle Forum (HMVF), and just felt I had to re-post here :)
- 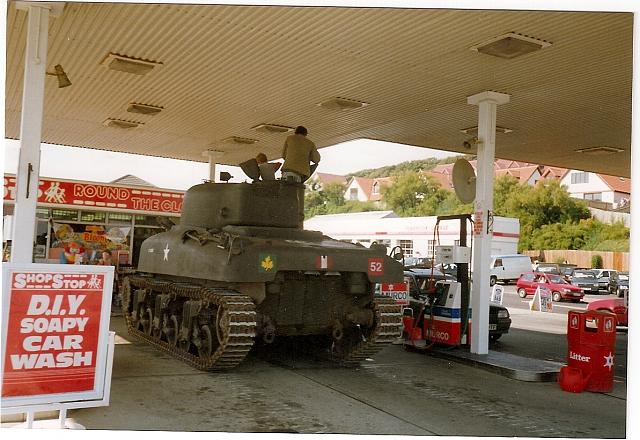 -
And I quote, "nearly at the end of the road run the Sherman was decidedly short of petrol so Rod drove the tank straight onto the forecourt. The mayhem this caused was hilarious, the manager thought the tank was going to disappear below ground, but all went well and we continued on to the pub"
-
Posted by Vulture at 19:36 No comments:

The Land Mattress, a multi-barreled rocket launcher was the brain child of Canadian artillery officer Lt. Col. Eric Harris and perhaps more than any other Canadian weapon of the war demonstrates not just ingenuity but versatility. Necessity is often called the mother of invention and war the crucible of progress, in late 1944 Canadian forces fielded a rocket launcher that demonstrated both these philosophies. Read more on the Flames Of War web site: Link.
Comment: This is an excellent article on a system I had never read about before.
- 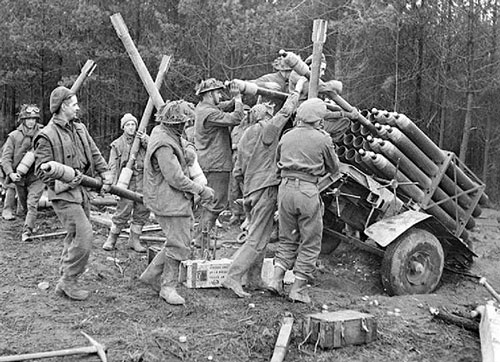 Taking to the skies on RAF's new transport plane - A400M

The MoD is buying 22 A400M Atlas transport aircraft to replace the RAF's fleet of C-130 Hercules planes, with the first aircraft set to enter service in late 2014.  Link to the BBC.
- 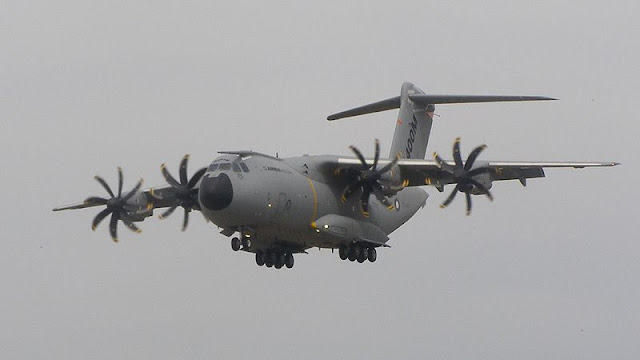 Q&A With A Former GW Employee

The thread has been messed with, but still makes interesting reading...  Link
-
Posted by Vulture at 19:32 No comments:

This is incredibly cool !
-

Many many years ago an old friend of mine George Carhart brought me a copy of these rules back with him from (originally published in 1979).  For several years we used them until we moved onto other faster sets, purely because we wanted to use more tanks on the table, but they remain in my view, the benchmark against which all other rules are judged in terms of the detail and the accuracy of the fire resolution tables.  Long out of print they remain my most cherished rule set.

Working on percentages, you first calculate the target size (relative to the range involved), the virtual speed of the target factoring range and angles to calculate a base to hit chance.  This is then modified by speed of the firer.  Subtleties are woven into the rules in terms in terms of:
1.       Gun velocity which affects the virtual speed of the target.
2.       Specialist optics (which reduces the drop off in target size over 500 metres).
3.       Crew training (speed of target and target size adjustments).
4.       Bonus for subsequent shots at the same target (increase in target size).
5.       Defensive armour bonus for 45 degree armour hits.

What got me thinking about these rules is that my chums at the local Harrogate club have been playing a few tank v tank games using the Bolt Action rules in 20mm.  As I’ve said before, IMHO the Bolt Action rules work ‘okay’ but certainly in armour v armour aren’t anything special.  In Follow Me working out the ‘to hit’ percentage you need takes a little bit of effort (although not as much as it might sound) but when your only using a few tanks each you can use a quality rule set IMHO.  I’m going recreate the tables in Excel and some vehicle stats and plan to run a game in a few weeks.  I’m playing with the idea of programming Excel to do all the calculations, but by the time you have typed in the factors, you could probably have worked out the number you need to roll ! LOL    I shall be doing a few postings over the coming week or so to report how things go. 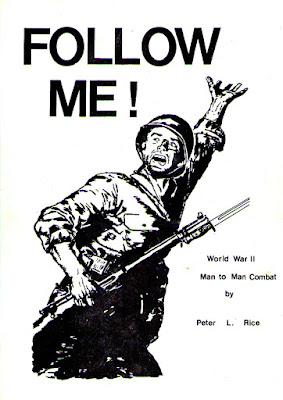 You think you have lived to be 83 and know who you are, then along comes someone and blows it all away!

An old Marine Pilot sat down at the Starbucks, still wearing his old USMC flight suit and leather jacket and ordered a cup of coffee.

As he sat sipping his coffee, a young woman sat down next to him. She turned to the pilot and asked, ‘Are you a real pilot?'

He replied, 'Well, I've spent my whole life flying planes, first Stearmans, then the early Grummans.... flew a Wildcat and Corsair in WWII, and later in the Korean conflict, Banshees and Cougars. I've taught more than 260 people to fly and given rides to hundreds, so I guess I am a pilot, and you, what are you?

The two sat sipping in silence.

A little while later, a young man sat down on the other side of the old pilot and asked: "are you a real pilot?"

He replied, 'I always thought I was, but I just found out I'm a lesbian.'
-