Worth a look, this gallery of drawings done by Michael Rechlin has some fantastic fantasy artwork in it. Link
- 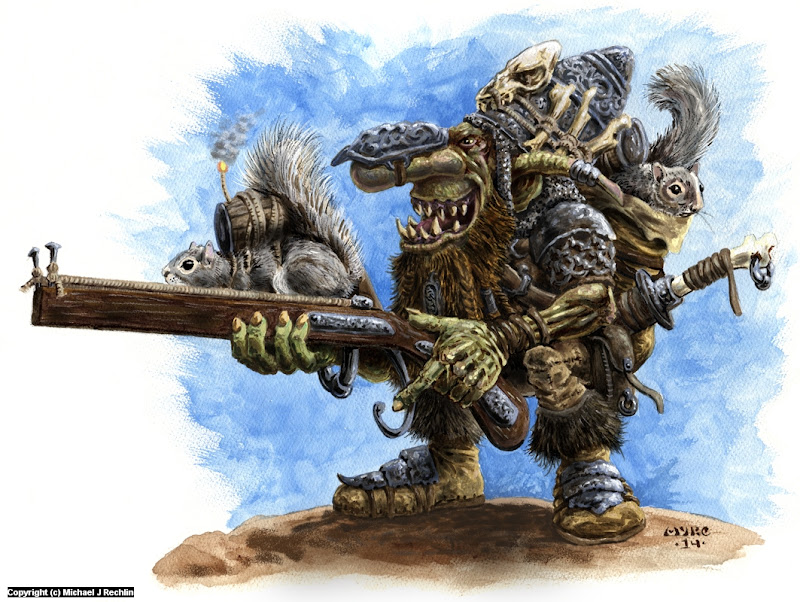 One of the readers of my Blog (Hi JJ) has asked for more pictures of Orcs.  Happy to oblige here's a series of pics from Sep 2015 when I got the entire army out for a look over.  This was in preparation for seperating about a 3rd out for use with the Dragon Rampant rules gaming I was expecting in Dec 2015.  I realised that I had been a bit slack with putting the effort into getting a lot of the units up to satisfactory standard of painting and basing.  Thus proved to be a useful spur and since then I've done a lot more work on them painting wise.
- 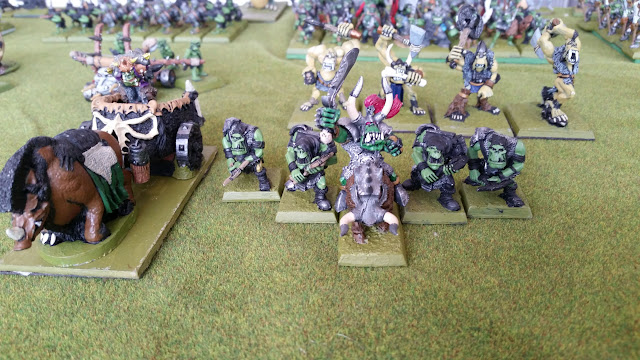 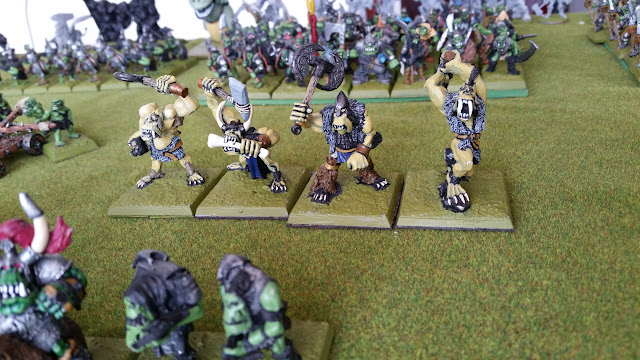 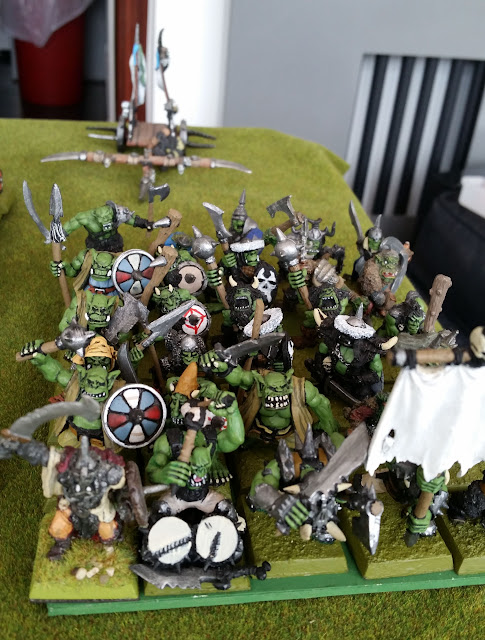 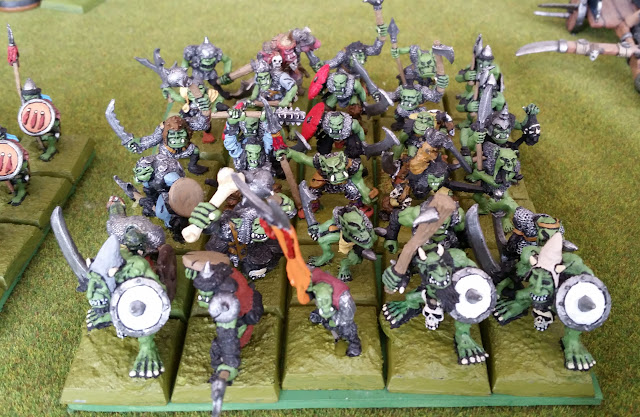 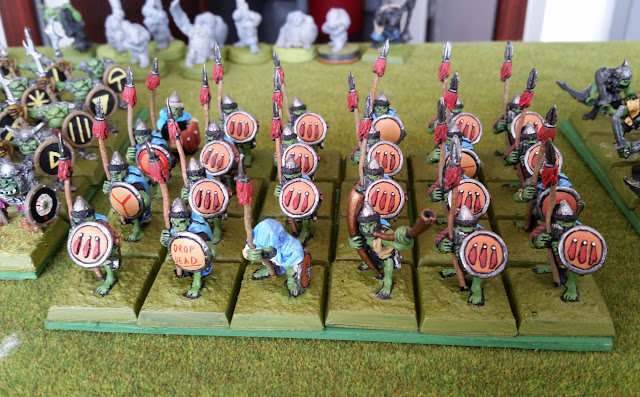 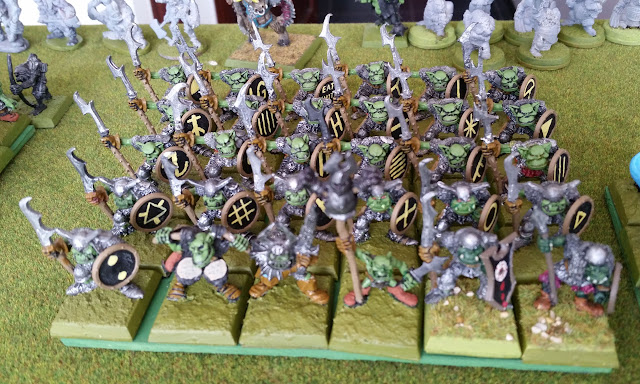 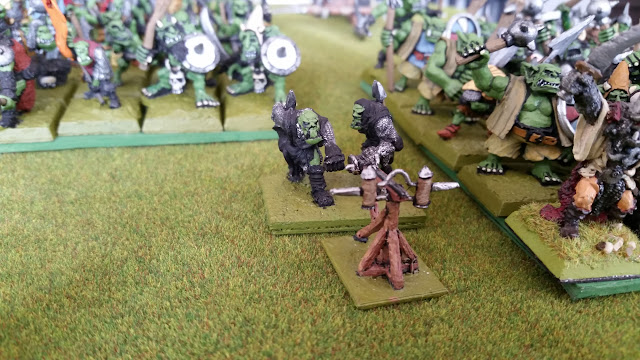 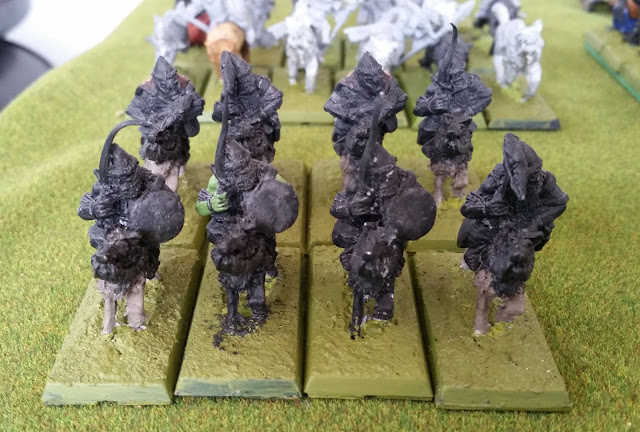 Orc Wold rider, made By Irregular.  Casting is incredibly rough.  Can't find the enthusiasm to put any paint on them. 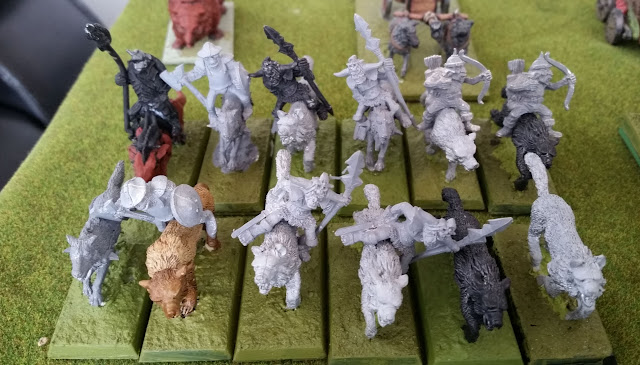 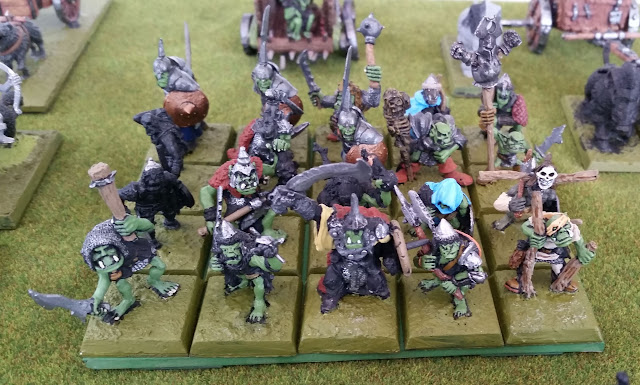 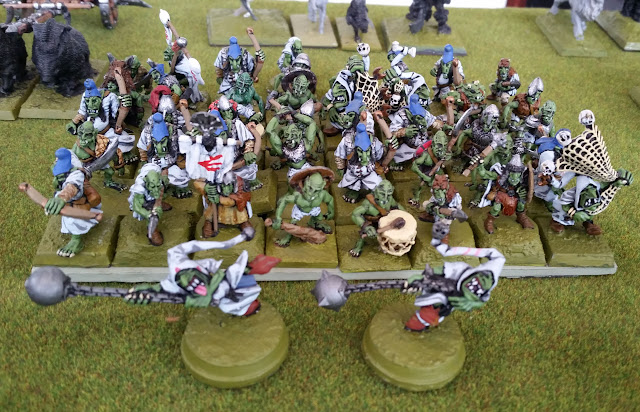 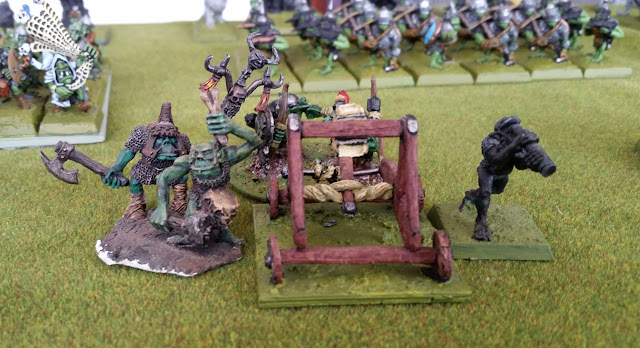 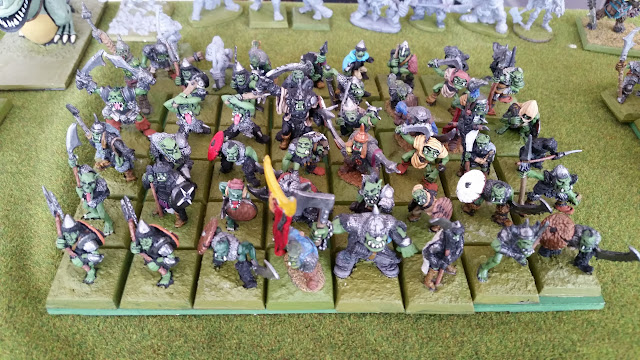 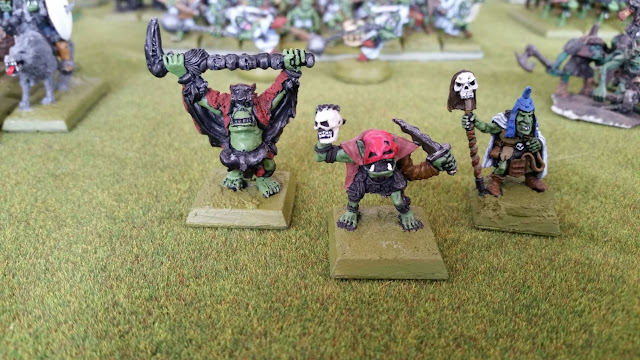 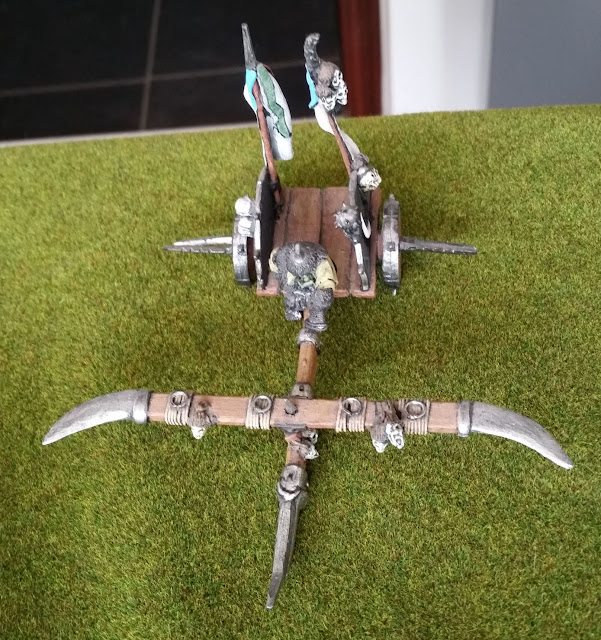 Warlord and the 4 wolves that pull this had gone wandering off...  (subsequently found them)
- 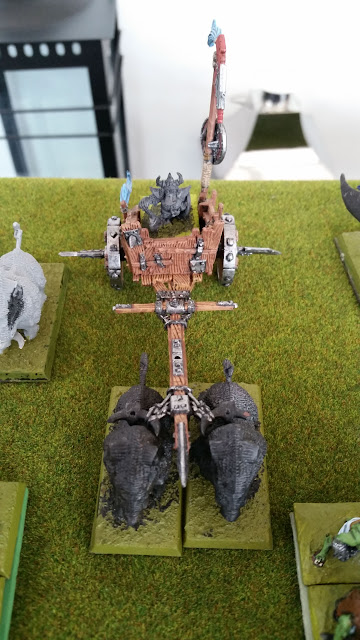 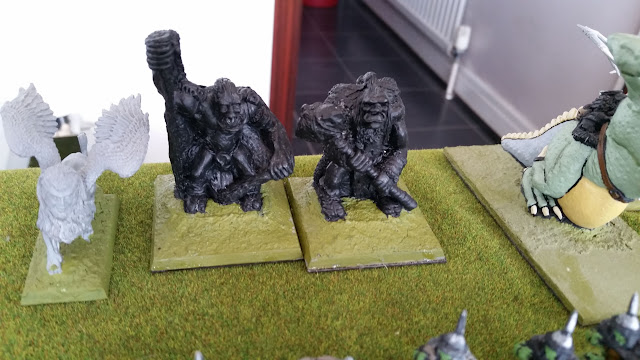 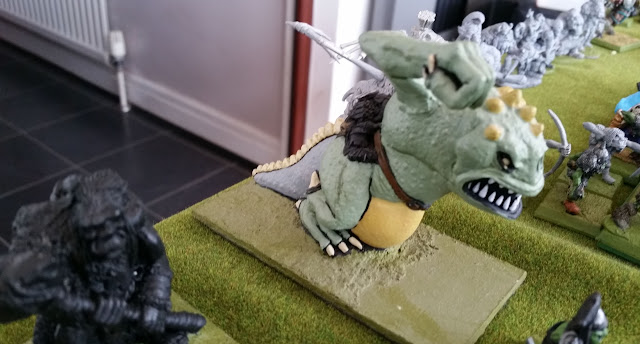 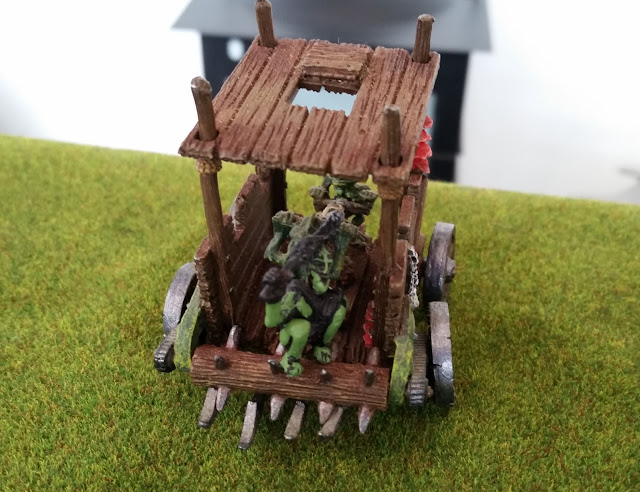 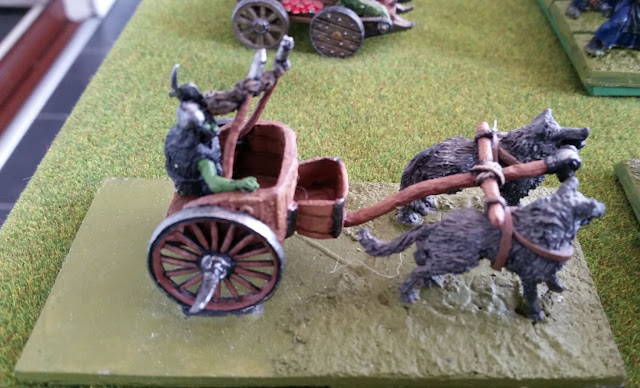 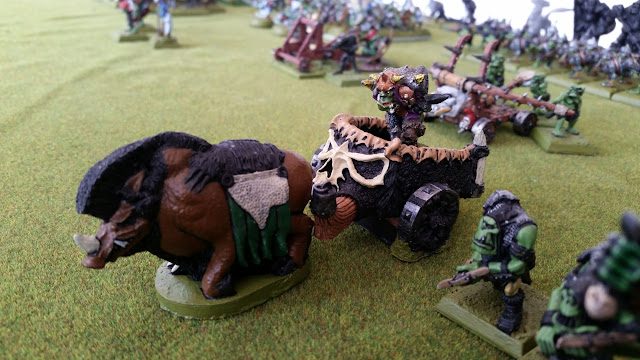 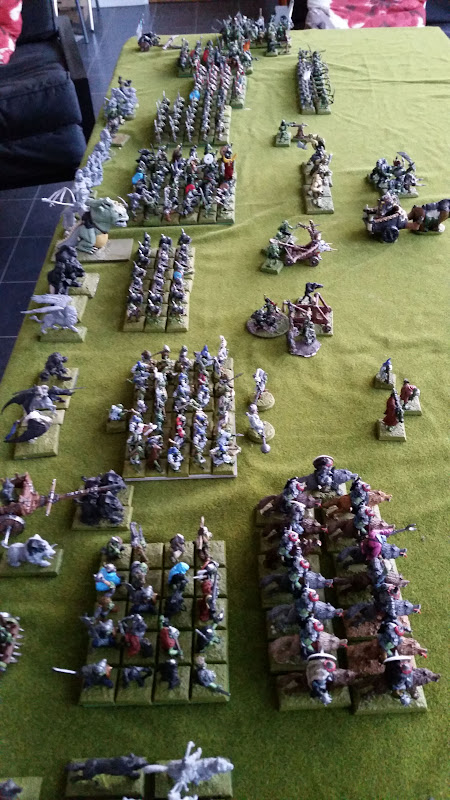 Quite by accident I stumbled across rules for how to run a Dragon Rampant campaign on TMP.  Written by Robert Crowhurst he had adapted them from a set contained with the Warhammer Ancient Battles (WAB) rulebook.

In turn I have extensively modified them, with the invaluable help of John Savage.  Currently 11 players are involved and we have our first games this coming Thursday :)  I shall be posting regular updates.
-

Labels: Fantasy, Picture Of The Week

-
Years ago I bought a Games Workshop Orc Warhammer fantasy unit boxed set containing 'Ruglud's Armoured Orcs'.  One of the Regiments of Reknown in the Warhammer world, I've had multiple battles with them over the years.

Of recent we have been having Fantasy battles at the club using the excellent Dragon Rampant Rules and that inspired me to get to grips with finishing the painting and buying some mdf movement trays from Warbases.

Here's a couple of pictures of Ruglud's Regt, 24 points strong for Dragon Rampant.
4 units each of 6 Orcs in the same configuration:
Elite Foot, armed with Missiles, but counting as Fearful to reflect that as Mercenaries they don't have the staying power of those fighting for a cause :)
- 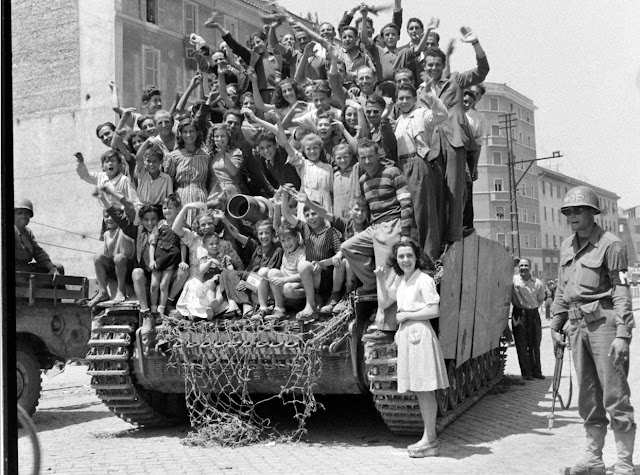 -
Comment:  How many people can fit on a WW2 German Brummbär ?
-


-
Comment: This is a very tasteful looking game.  Link
-