A bit of a update on truck adventures in the last few weeks.  Always a bit reluctant to to start after being stood for a while, with the assistance of a few squirts of Damp Start (ether based) she will normally fire up.  After a failed attempt I cleaned the plugs and check the gaps, but didn't help, so it was clear that something was amiss.  As there was fuel in the filter the problem was probably electrical, although I did a have a spark at the points.  Having inspected the inside of the Distributor Cap I could see it was quite pitted so I thought I would replace that along with the Condenser and Rotor Arm as well for good measure.  A call through to Rex Ward sourced some replacements which turned up the next day :)
- 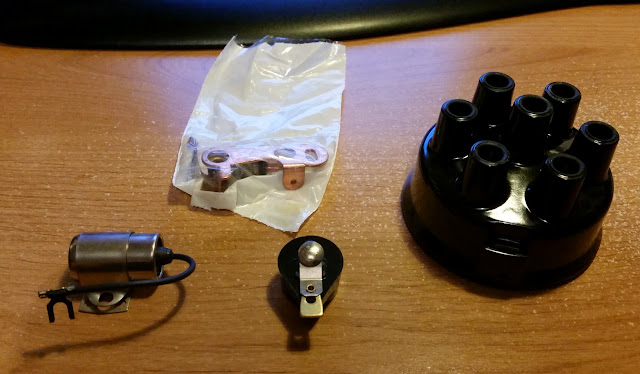 -
Fitting the new parts in turn, the old Condenser was the culprit, but just for good measure I still went ahead and replaced the Cap and Arm.
-
-
It's two years now since I had the truck independently looked over, so I had arranged to take up to MV Depot at Helperby this week.  I want him to have all the wheels off, check all the brakes over and amongst other things change the fuel filter.  In preparation for the 20 mile drive I stuck some fuel in at the local Tescos supermarket and was happily driving it home when the engine spluttered to stop and I found myself broken down at the side of the road :(   Checking under the bonnet, the problem was obvious, fuel contamination...  See pic below.
- 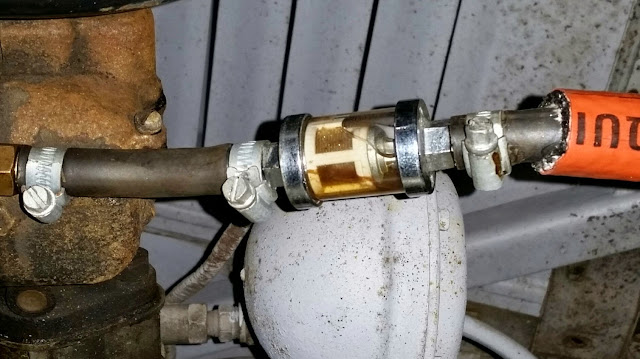 -
Fortunately I subscribe to a recovery service through my insurers, so eventually I got recovered.
- 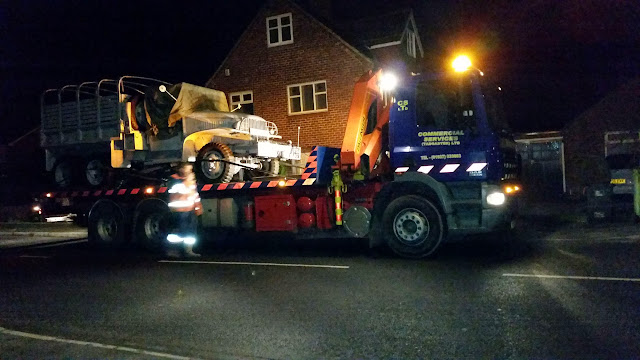 -
The following morning the truck was winch off at MV Depot, and he managed to get it going.
- 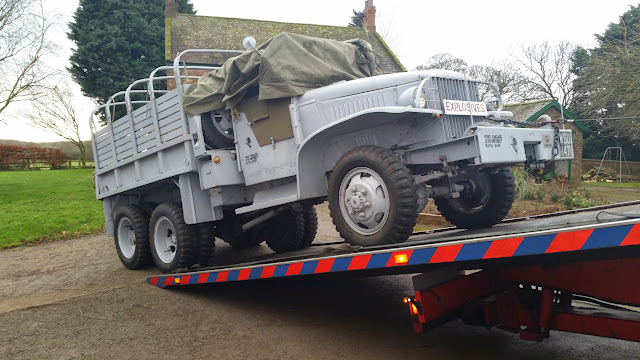 -
On the one hand I feel unlucky because it broke down just before the main fuel filter was going to be changed.  Sludge and water in the system would have become apparent then.  On the other hand I feel lucky that it broke down on a straight stretch where it didn't inconvenience anyone.  Given that I'd just driven right through the centre of York, if I'd broken 2 miles earlier in the middle of one of the major junctions it could have caused truly massive disruption...
-
Posted by Vulture at 14:23 No comments:

This web site has some outstanding dioramas on it built by a very talented modeller and painter called Peter Shaw.  Well worth a look.  Link
- 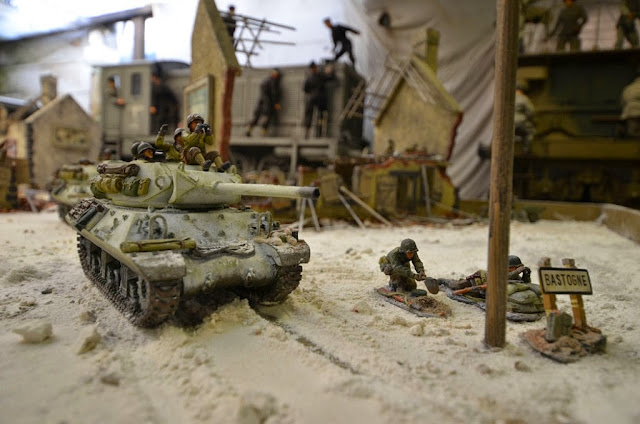 Zombicide At The Harrogate Wargames Club

Last Thursdays club night saw a busy nights gaming by my normal crowd with two games under way.  John Savage ran an ancients game, using for the first time the Sword and Spear rules.  From what I could see the game played well and the Romans in managed to achieve their objective of rescuing some captured soldiers who were about to be sacrificed in a Wicker Man.
- 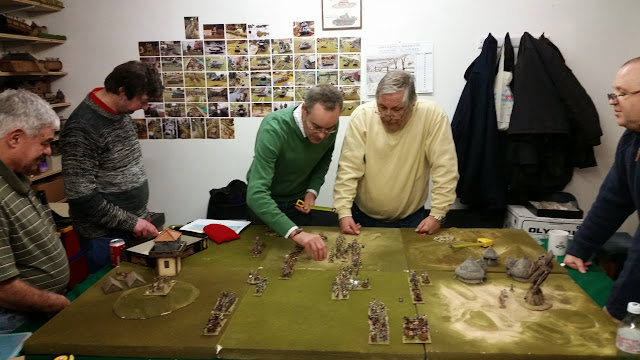 -
Myself I was involved with Chris, Gavin, and John Elwen in our first Zombicide game.  I posted on 31 Dec 14 that I'd got a copy of the game for Christmas and both John and I were really looking forward to trying it out.  It's one of those things you can read the rules, but until you actually get into a full blooded game you don't know whether its going to be any good.  We managed to get two games in and thoroughly enjoyed both.  Looking forward to our next session so be can progress to the next scenario :) 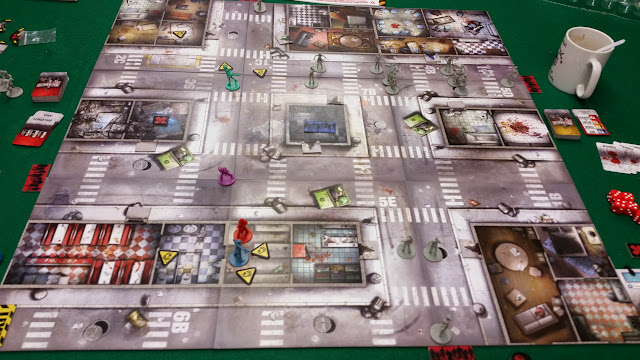 
-
Comment:  Whatever your thoughts are about the conflict, that is an impressive firepower demonstration.
-
Posted by Vulture at 17:00 No comments:

Picture Of The Week - No 37 - Attention To Detail 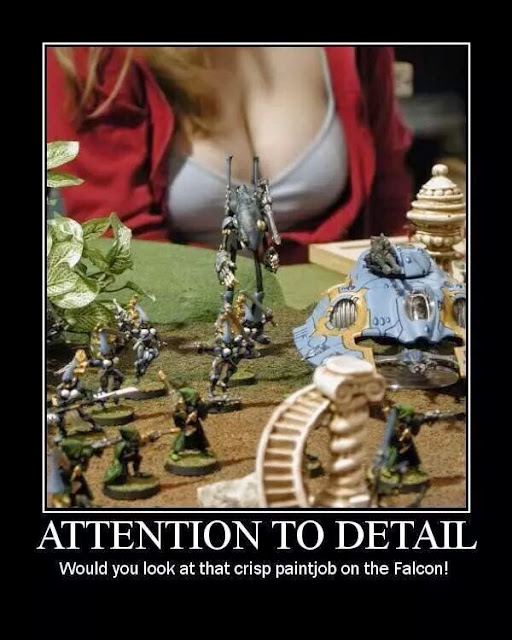 Last Saturday was the annual X-Mas holiday big game at the Harrogate Wargames Club.  Organised by John Savage with input from Theo Street who then umpired during the day this was the American Civil War (ACW)  being re-fought in 28mm scale.  Forces for the day were, Simon, Chris, John E and Gavin on the Union side and myself, Mark, Bill, John S and Mick as Confederates.  The results of two small battles before lunch (one a draw and the other a Union victory) 'Front Royal' and 'Mcdowell' were fed into the one big game in the afternoon - the '1st Battle of Winchester'. 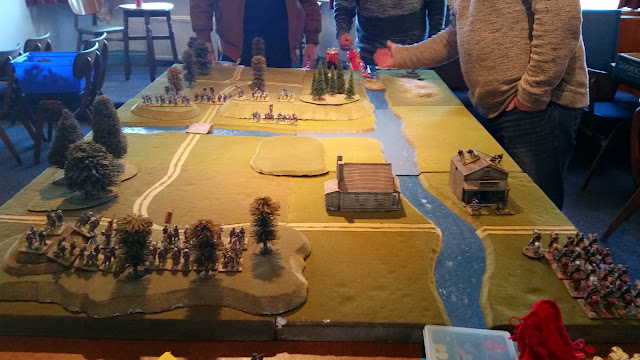 The start of the first battle I was involved with.  Viewed from the Confederate side we had to  force the Union from their positions and try and exit units off the board.
- 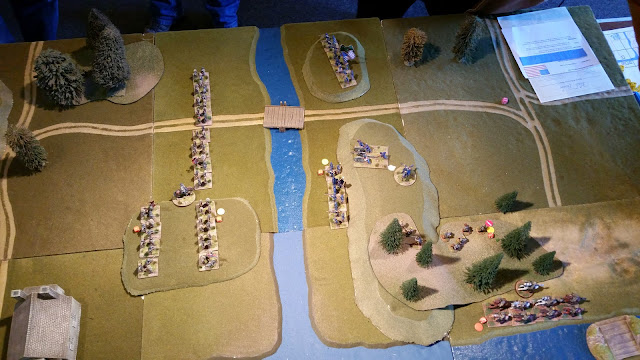 Mid way through the game the my Confederate Infantry engage the Union troops across the river whilst Marks cavalry circle round behind.  We ran out of time before I could really force the issue.
- Pics now from the big afternoon game.  The Union defence line can be clearly seen.
- 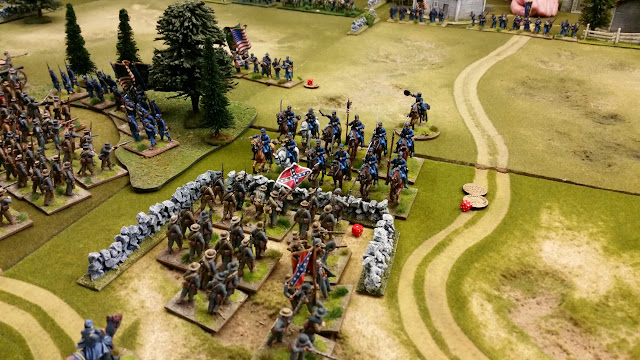 The Union stage a surprise attack on the Conferate right flank.
- 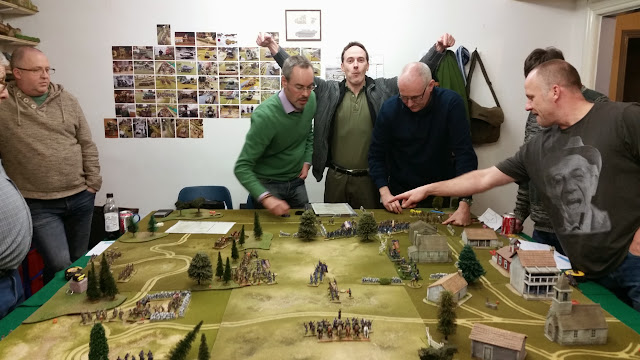 The crux of the battle taking place on the left flank as the Union line starts buckling under the pressure.
-
-
Posted by Vulture at 15:21 No comments:

Happy New Year to all visitors to my Blog.  I hope you have a prosperous and happy 2015.
Posted by Vulture at 12:40 No comments: