Air travel has become a major part of our society, with industries and individuals depending on air transport for their livelihood. But have you ever wondered what happens to the artefacts of our airborne culture when they’re no longer needed? In many cases, they’re simply abandoned and forgotten. Link
- 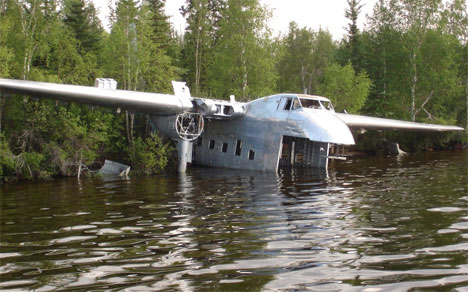 Battlefields of the Netherlands

This article on the Battlefront web site about Battlefields of the Netherlands in WW2 is worth a read. Link
Posted by Vulture at 00:16 No comments:

Picture Of The Week - No 16 - Sherman With Extra Armour

My chosen picture this week is of a Sherman tank at Okinawa. I've never seen one with this much additional armour tacked on!
- 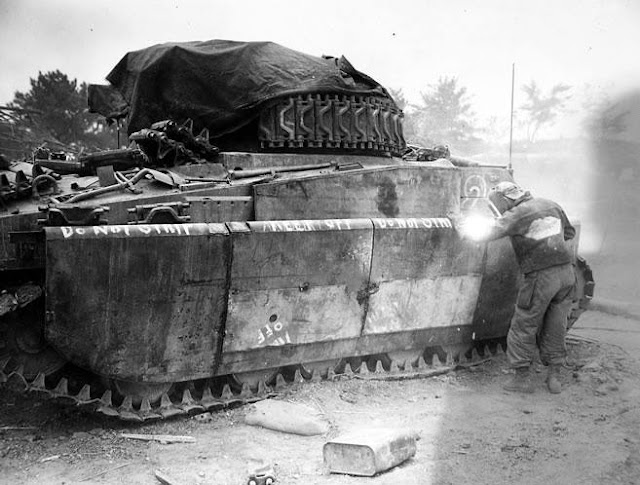 Truck Stuff & 1940 Event On Fathers Day At The Valley Gardens

Since I posted on 3 Jun about the issues with the trucks windscreen seal, after a great deal of ringing around I sourced a replacement from a company called 'Dugdales', the part being described as a Rubber Extrusion R40 Windscreen Section.  It was quite straightforward to fit thankfully.
- 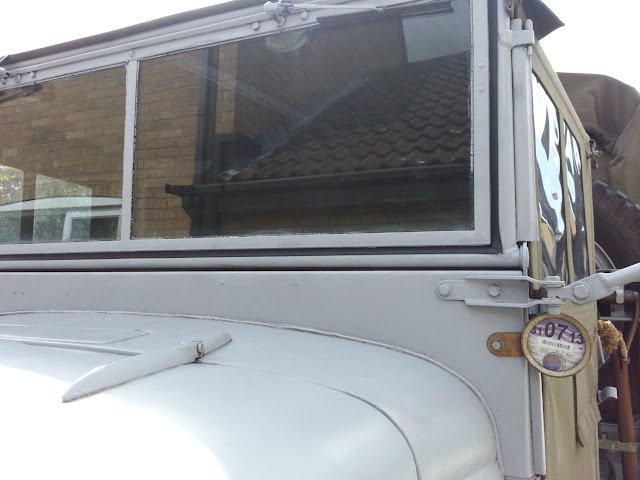 -
This allowed me to attend a 1940s event at the Valley Gardens in Harrogate last Sunday without the truck looking too shabby.  Initially I drove over to Knaresborough on my own in the morning and then swung by to see my old friend Chris.  He fired his Jeep up, and my godson Gareth became my co-driver and we drove up in convoy up to Harrogate and parked up with a collection of other 1940 vehicles (mainly Jeeps it has to be said).
-
This is the 3rd year that the Valley Gardens has hosted the event, and it is getting better each year so it seems.  The goodish weather this year helped with the attendance, with over 22,000 people going through the gardens.  Mrs Vulture and son Alex turned up just after lunch and during a break in chatting with people I decided to try and lay the windscreen assembly down.  This was a first for me, not having tried it before in the almost two years I've had the vehicle.  After untying the ropes holding the cab roof canvas with the assistance of Chris, Gareth and Chris other son Graham the four of us then applied some muscle to the windscreen which slowly started to move.  The repeated application of some light oil eased the pivot joints that probably haven't moved in over a decade, and  eventually the windscreen assembly lay flat.
- 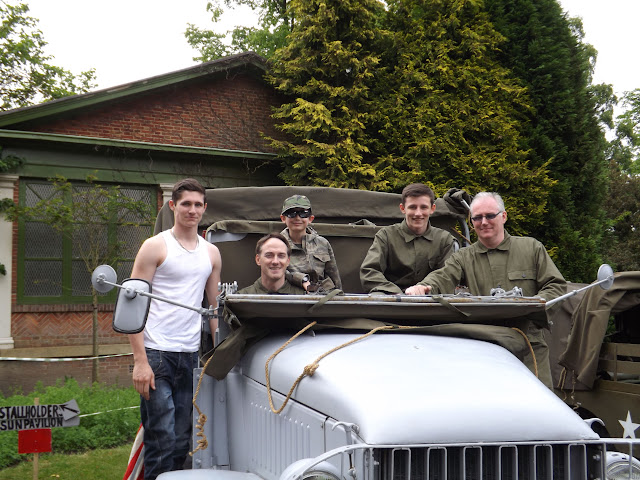 -
The truck certainly looked different !
When it came time to leave I decided to drive home with it down which was:
a)  Quite a cold experience, and
b)  Quite disconcerting as the view forward to so heavily restricted !
- 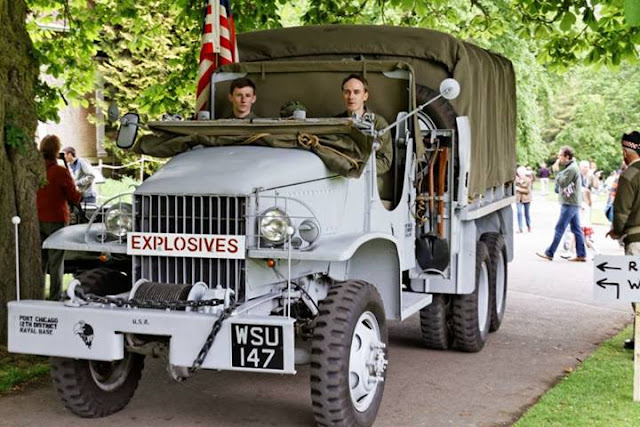 Allied penetration of the western defences of Germany. The Siegfried Line an Allied label based on German World War I defences, known to the Germans as the West Wall was a system of defensive positions in western Germany. The Siegfried Line ran south to north from the Swiss border along the Rhine River to the area of Karlsruhe and then northwest to Saarbrucken; it followed the Saar River to Trier and then paralleled the German border with Luxembourg, Belgium, and the Netherlands.  Read More Link 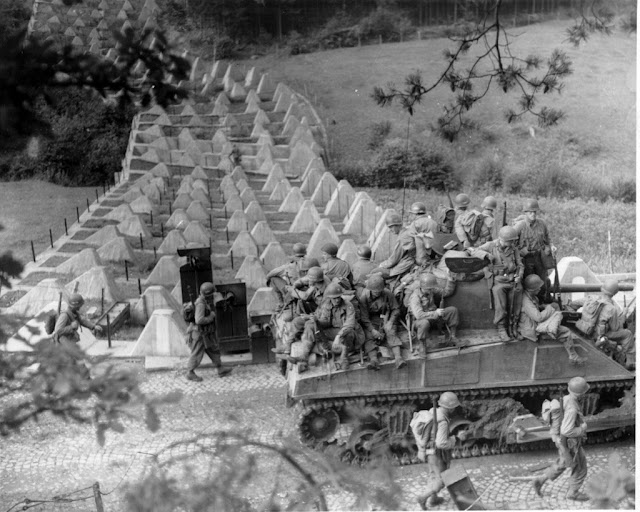 The ruins of Normandy: Unpublished colour photos taken in northern France in 1944 show the devastating impact of the Allied Force's battle to defeat the Nazis in World War 2

A series of never-before-published color images of the devastation in northern France after the D-Day landings have been released by LIFE.com   Read more: Link
- 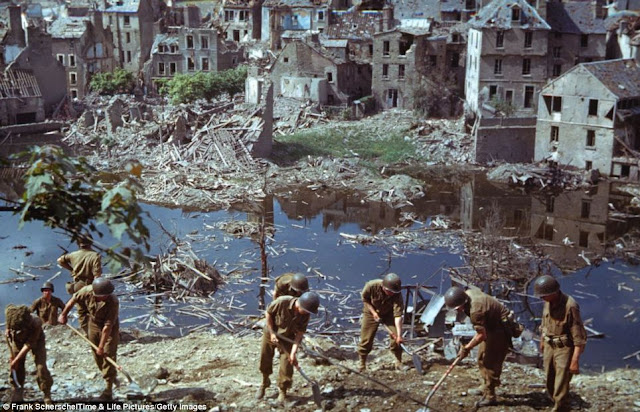 Tanks - Getting Lazy People To The Battlefield Since 1916 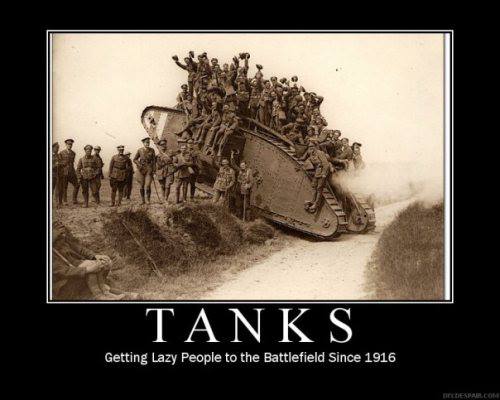 A German World War II Dornier bomber has been raised from the bottom of the English Channel. Link to BBC Web site.
Posted by Vulture at 00:29 No comments:

Brought the truck home yesterday and detoured via Cliffords Tower here in York for a quick photo  :)

The historic and the ancient together. 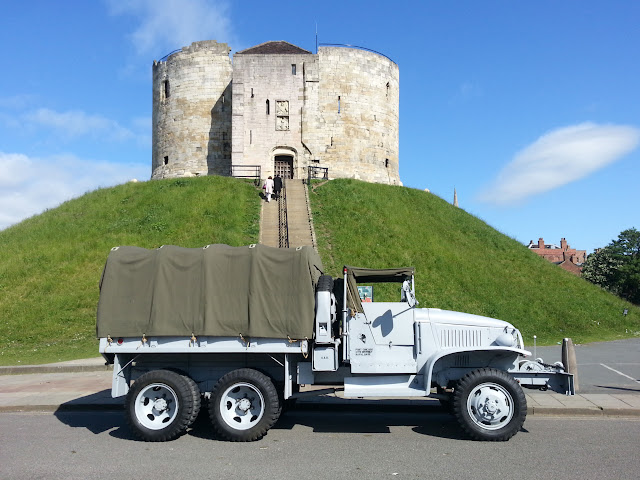 -
Once home I attacked the windscreen seal.  As you can see in the photo below, I had had to resort to using insulating tape to stop it dropping off.  The rubber had just perished with age and was splitting.
- 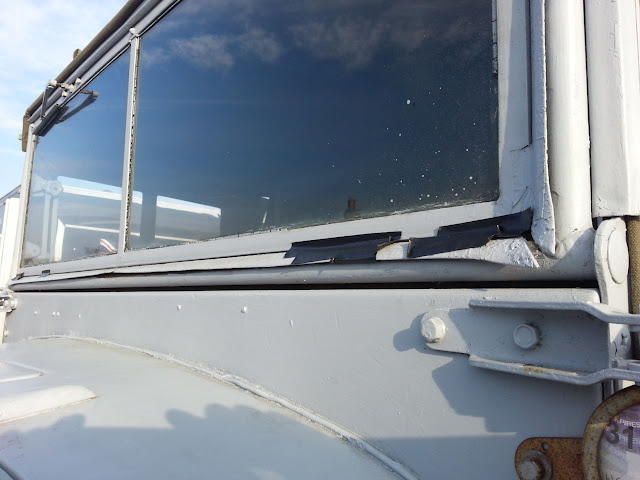 -
Anyway, after removing all the old seal I then took the opportunity to clean up the channels where the strip slides into and sorted out a little bit of corrosion.  Just need to source some new rubber now.  The normal suppliers seem out of stock though :(
Posted by Vulture at 17:52 2 comments:


-
Comment:  Pretty impressive, although given the price tag, it should be !
-