On Sunday went over to the Royal Armouries in Leeds for the annual FIASCO wargames convention. Ended up spending a lot more than I first intended ! LOL.  Came back with amongst other things the core elements of a 1,500 Flames of War US Tank Destroyer company in 10mm scale from Pendraken. I was very taken with their M18 Hellcats so ended buying 2 platoons worth. To compliment them I also bought a bunch of Infantry, 105 mm towed Artillery and some 3 x M5 Stuarts.  Being a GMC fan I bought a pack of 3 trucks as well although these are major disappointment being dimensionally all wrong and with virtually no detail.
- 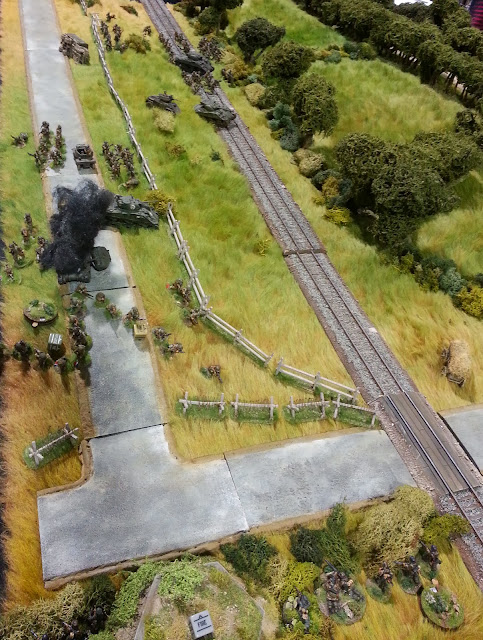 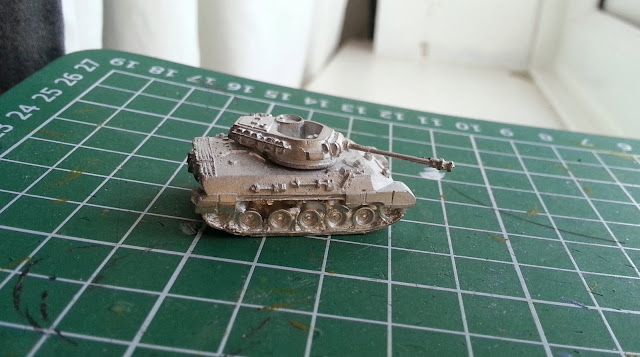 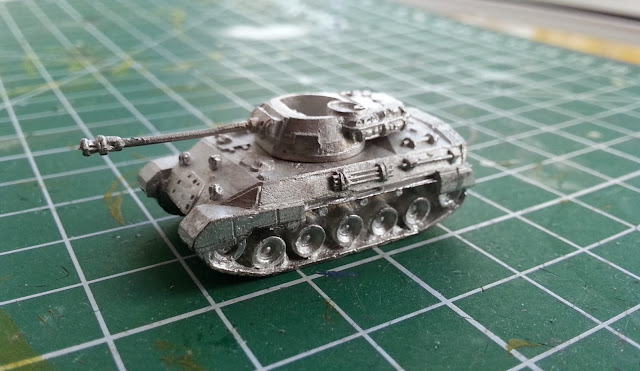 Pics of the M18 Hellcat I took a liking too.  Plan to get some paint on them ASAP, and post photos of the progress made.
- 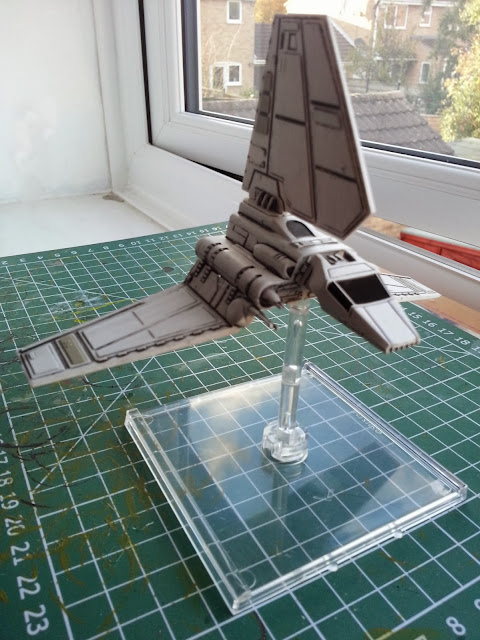 Pic of a lovely Star Wars shuttle that I bought that is part of the X-Wing game system.  One of my all time favourite sci-fi spacecraft.
-
Posted by Vulture at 19:05 1 comment:

Whilst thinking about the type of force mix required for a 1,500 US Tank Destroyer Company in Flames Of War (FOW) I happened across this very useful little site called simply, 'FOW Lists'.  Perfect for designing the force you want in no time at all.
Posted by Vulture at 23:25 No comments:

Picture Of The Week - No 20 - Wrecked Tank Park 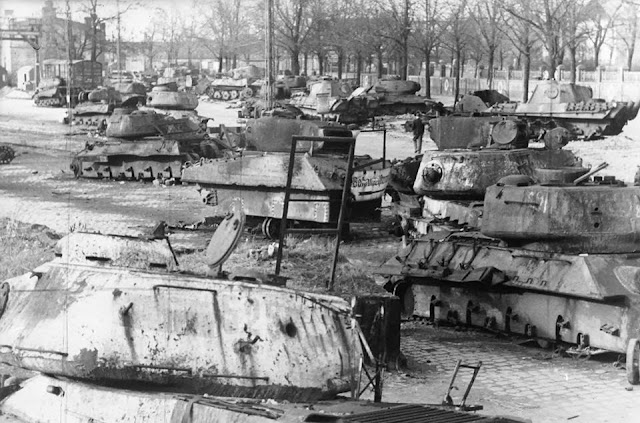 The battle has been described as the bloodiest engagement in Europe until the First World War. Polish Lancers - played by re-enactors here - fought as part of Napoleon's army at Leipzig in October 1813. Link
-
Comment:  Looks a fantastic event to be involved with.
-
Posted by Vulture at 00:44 No comments:

The brutal world of the Nelson-era Navy

The 18th Century was a tumultuous period for the Royal Navy. From bustling dockyards to ferocious sea battles - and from jolly Jack Tars to Admiral Lord Nelson's elevation to one of the best-known figures in British history.

The National Maritime Museum explores how the Navy secured its place in the fabric of the nation in Nelson, Navy, Nation - a new permanent exhibition opening on Trafalgar Day, 21 October 2013. Take a look with co-curator Quintin Colville.  Link
Posted by Vulture at 00:41 No comments:

At the club last Thursday whilst some of our gaming chums tried out a 1/300th game of the new FoW Arab Israeli supplement, John Elwen and myself started a game of 15mm Sci-Fi.  We'd talked about it for weeks, and so were looking forward to the game.  I did originally have aspirations to pull together a detailed scenario, but pressures of work and family got in the way, so on the night we opted for a straightforward encounter game.  The objective for the night was to take and hold a broken down APC in the middle of the table which held important intel.
The rules for the night were our own expanded version of FUBAR in which we are also trying out three adjustments:
1. +1 to Activation roll if the unit failed to Activate on the previous turn.
2. Units on Guard have a -1 penalty to Hit.
3. New action called Overwatch. Acts the same as the Guard but with +1 to Hit. Troops don't need to re-activate to each turn.

We managed to get about 4 turns in before running out of time.  On the last turn of the night I managed to get my commander (in Dreadnought armour with a mini-gun) onto the objective, but his supporting squad was totally wiped out.

Vehicle of the night was a (Hammers Slammers) Blower Tank of John's that soaked up multiple hits that KO'd its main gun and inflicted so much damage on the skirts it was reduced to 1/8th speed.
The game still has some legs, so we are continuing this coming Thursday.
Here are a few photos.
- 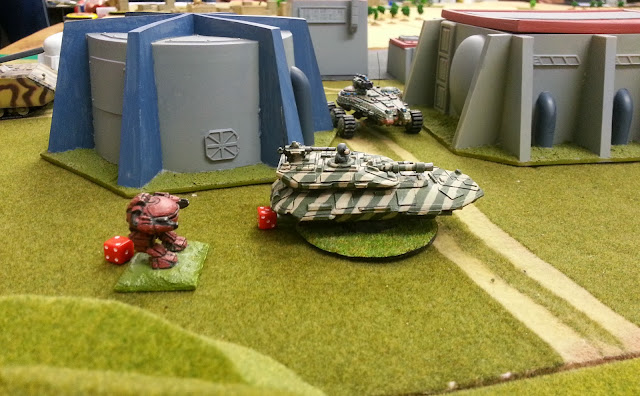 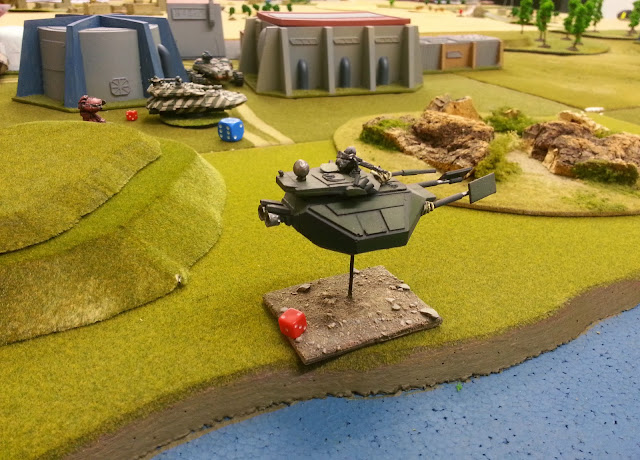 My Grav jet tank starts its high speed run it.
- 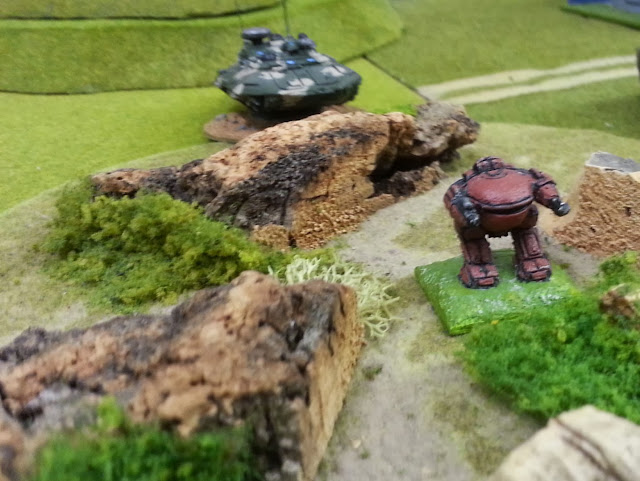 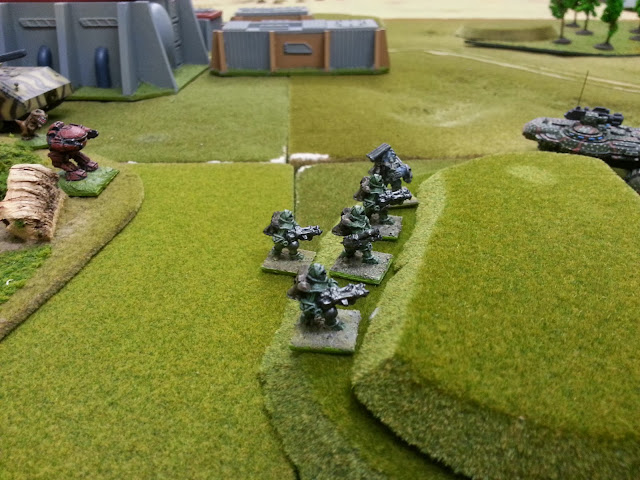 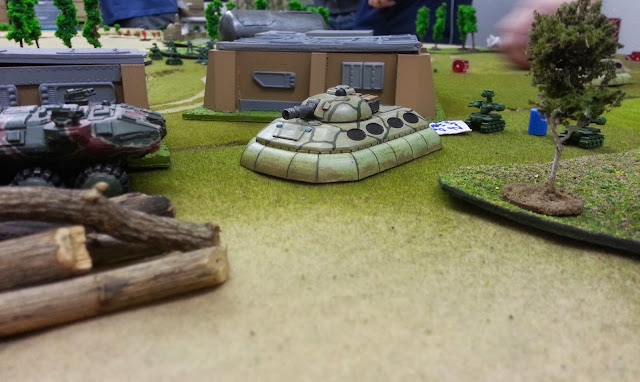 John's blower tank right next to the object.
- 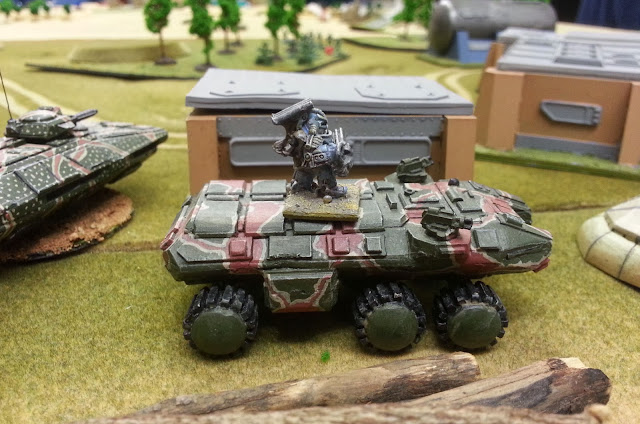 My commander confidently jetpacks to the top of the objective.
- 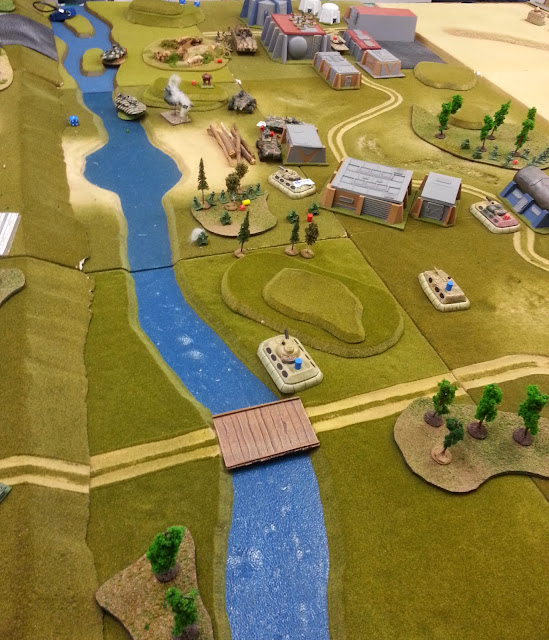 Overhead shot from Johns end of the game table.
- 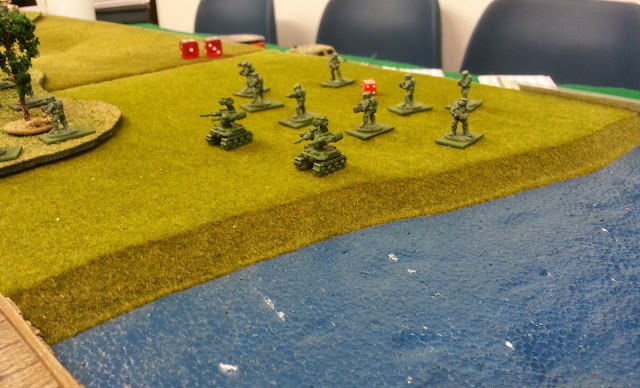 A squad of John's infantry (GZG) advance with tracked support units (each armed with twin-linked 50 cals).
-
Posted by Vulture at 23:10 3 comments:

THE COST OF DOING BUSINESS -The Staggering Cost of WWII

This quite an interesting article on the cost of WW2. Link
Posted by Vulture at 22:36 No comments: